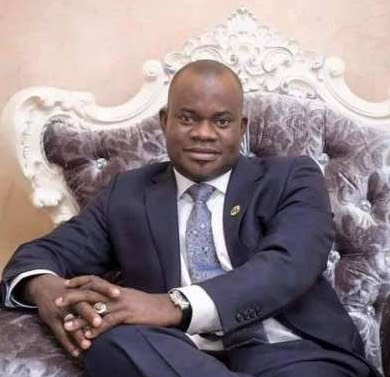 In a statement issue by its National President ABDUL YAHAYA ORUMA, he noted

”While we are all aware that PMB is overwhelmed with several challenges confronting us as a Nation, it is logical he appoint a Minister of the Federal Republic representing Kogi State for the vacuum created by the demise of Late James Ocholi, the Minister of Labour and Productivity for State who died along his wife and son in a ghastly motor accident”.

”While every Minister of the Federal Republic representing various States smile to the bank at the end of every month that can not be said of Kogi State in the last five (5) months. It should be noted that the contribution of Kogi State to the emergence of APC across board is unimaginable yet briefed with calamities on two fronts.

First the demise of a great icon of Kogi politics Prince Abubakar Audu on his election victory whose mandate the current Governor Alhaji Yahaya Bello is dwelling and secondly the mysterious exit of Late James Ocholi his wife and son. Incidentally both are of Igala extraction, the largest ethnic group in the State. May their souls rest in perfect peace. Amen!”

“Kogi State at the moment is the worst State in Nigeria blessed with accidental Governor in the person of Alhaji Yahaya Bello whom in his greed and desperation for political relevance has subjected the entire civil servant to perpetual hardship. The N20 billion bail-out fund specifically for the civil servant in the State is now lying in his private account accruing interest while people lost their lives on daily bases.”

“As we speak no functional State Assembly to pass any resolution, his five (5) factional Assembly members are greater than sixteen (16) and nothing anybody can do about it not even the Federal Legislative fiat. We strongly feel this is in conjunction with the power that be and the Presidency can not be mute over this State saga forever.”

The exemplary leadership quality exhibited by Governor Yahaya Bello so far is a further justification that Gen. Obasanjo’s 1979 assertion on Nigerian youth that we are tomorrow leader would continue to enjoy unending rhetoric. If not how on earth would a Governor relics the suffering of his people over lavishing millions of Naira on wife’s birthday party only to invite musicians to dance naked in a Holy month of Ramadan yet he claimed to be a Muslim.

We call on Mr. President to intervene and do the needful in order to avert the looming crisis in the State. Yes Nigeria is passing through a trying period but with the sincerity of purpose and togetherness we would surmount it.