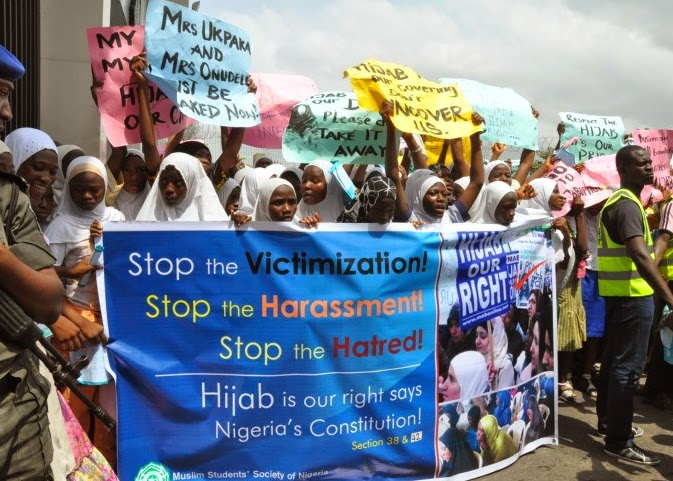 An Ikeja Lagos High court today has upheld the ban on wearing headscarf in public schools in Lagos state.

A Lagos High Court sitting in Ikeja, western Nigeria, on Friday upheld the ban by the Lagos State Government on wearing of the Muslim headscarf popularly known as hijab by Muslim students in primary and secondary public schools in the state.

The Muslim Students of Nigeria, Lagos State Area Unit, MSSN-LSAU, had taken the Lagos State Government to court over the ban on the ground that it breached their fundamental human rights as Muslims.

The students group through their lawyer, Chief Adetola Kassim, had sought protection for Muslim students from being flogged, embarrassed and victimised for using hijab within and outside school premises.

The Lagos State Government in responding to the suit, insisted that hijab can only be used during special occasions such as religious classes and prayers among others.