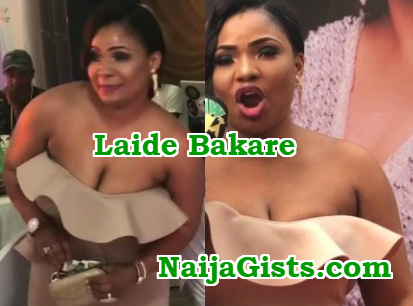 Controversial Nollywood actress Laide Bakare, the wife of Alhaji ATM has been called out for wearing a ‘Wawu’ dress to the wedding-themed 40th birthday party of her colleague, Mercy Aigbe.

According to NaijaGists.com fillers on ground at the event which held on New Year’s day, the actress who appeared intoxicated was seen all over the place.

It reportedly took the intervention of some of her female colleagues to get her back to order at some point.

Our source said at the mother of three was asked to watch out as her boobs were popping everywhere in the extremely sexy sleeveless dress she wore to the occasion.

Check her out on the dance floor in the video below and take a look at the young guy to her left.

“There is nothing honourable in a mother throwing her boobs all over the place at such event. She was a bit too loose at the party, I felt really uncomfortable with her, I was just praying she doesn’t disgrace womanhood. Her dress is pretty but the exposed chest destroyed the whole thing” – said a Nollywood source who was at the party

Here are some photos of the mother of three at the event. 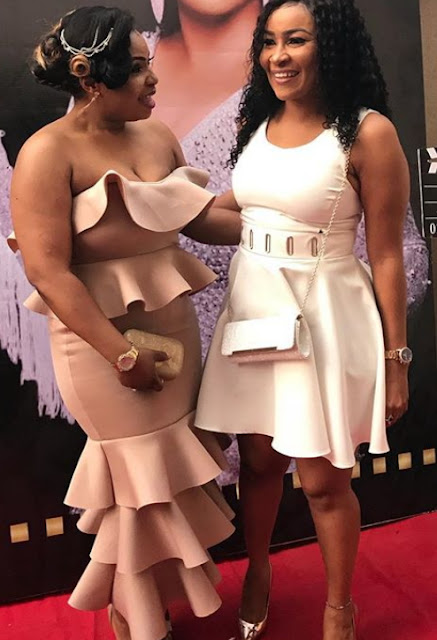 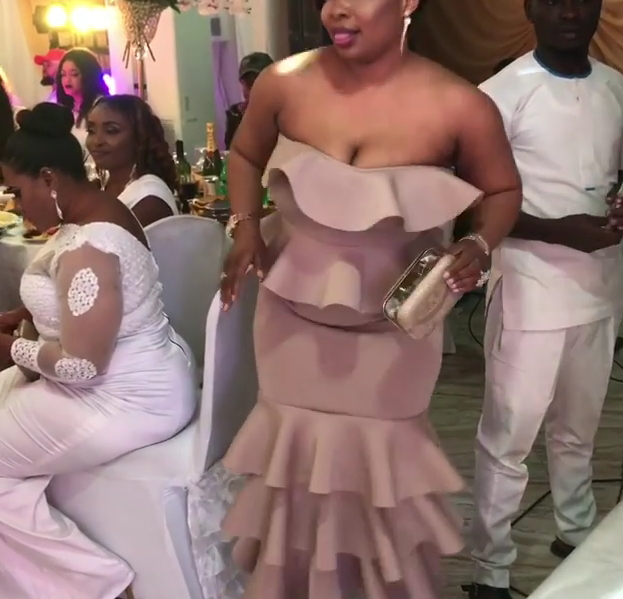 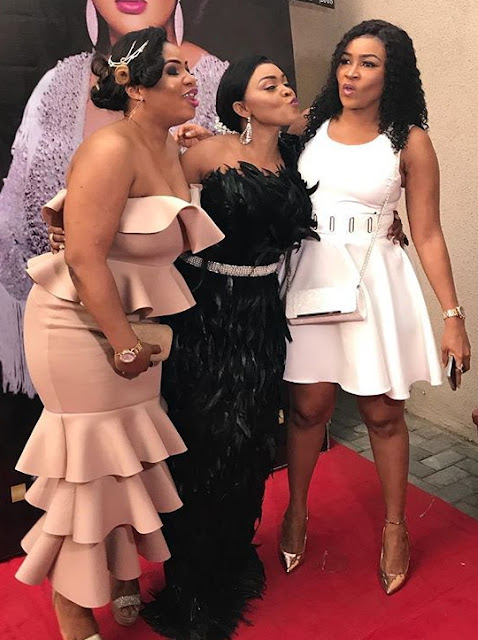 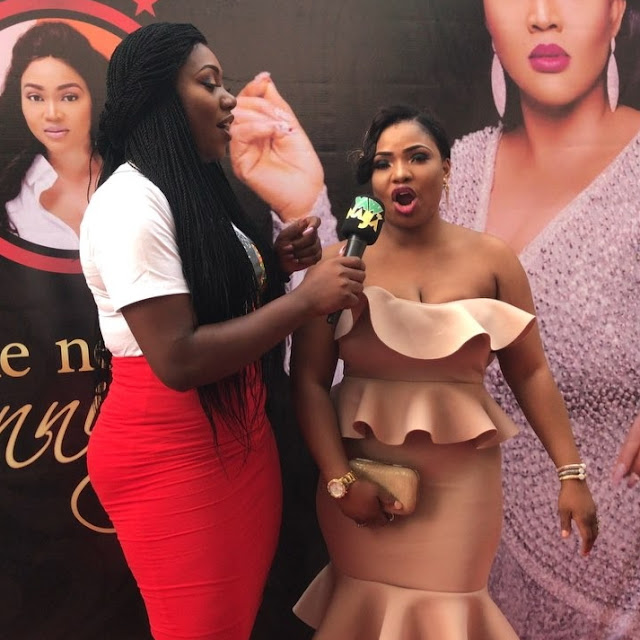