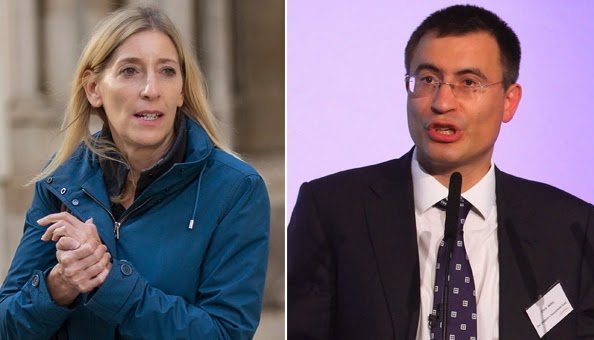 Ex-wife of a London financier, Sir Chris Hohn was awarded £337 million ($530 million, 425 million euros) on Thursday in one of the biggest divorce settlements seen in a British court.

Details of the payment to US-born Jamie Cooper-Hohn, 49, emerged after a draft judgement was given to lawyers ahead of a final ruling.

Cooper-Hohn’s lawyers were reported to be considering an appeal to get an ever bigger payout.

Cooper-Hohn had separated from hedge fund manager Chris Hohn, 48, after being married for 15 years and the two had fought over assets worth over £700 million.

Hohn had offered his wife a quarter of the fortune, but she argued that their wealth was the result of a partnership.

The two, who met while studying at Harvard University and have four children, founded charity the Children’s Investment Fund Foundation to help the poor in developing countries.

The son of a legal secretary and a car mechanic, Hohn was reported to have given away almost £1 billion between 2006 and 2011.

He was knighted this year for services to philanthropy and international development.

“Over the long term I am an unbelievable money-maker,” Hohn told the court, but adding that he did not “really care about money” and that it did not bring happiness.

Legal experts said the settlement was one of the biggest made in Britain, but that it was difficult to know whether it was the largest ever because higher payouts may not have been made public.

It does however dwarf the divorce settlement previously reported to be the highest ever in Britain — a 2011 award of between £165 million and £220 million from late Russian oligarch Boris Berezovsky to his former wife Galina Besharova. [AFP]

She is setup for life