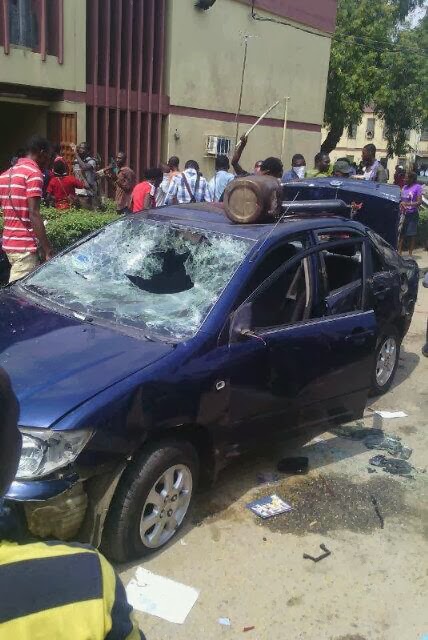 Some even stoned the school’s VC, Professor John Obafunwa as he ran for safety.

According to reports from Lagos, the Vice Chancellor prevented over 1290 students who are yet to register for their 2nd semester courses from gaining access to the registration portal as examination was to commence today.

Only 708 students out of the 2000 were able to successfully register before the registration portal was shut down leaving over 1290 stranded.

When the students union government went to plead on behalf of the students, the VC was reported as saying those yet to register are insignificant and would automatically have to carry the session over, a statement which infuriated the students and they decided to take laws into their hands.

The student started a violent riot and destroyed most of the school’s properties. Stones and sticks were thrown at the VC’s convoy as he ran away from the school premises through an alternative route beside Conoil Gas station.

Below are the pictures from the riot. 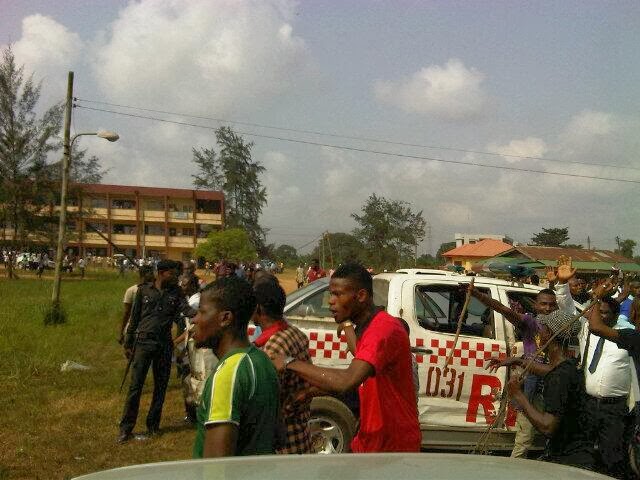 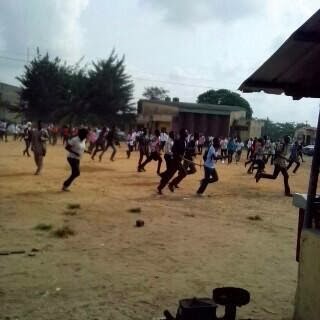 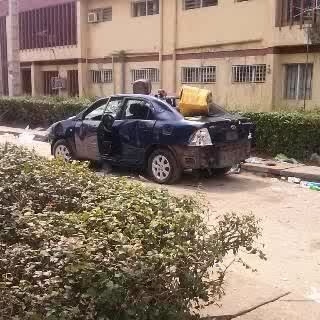 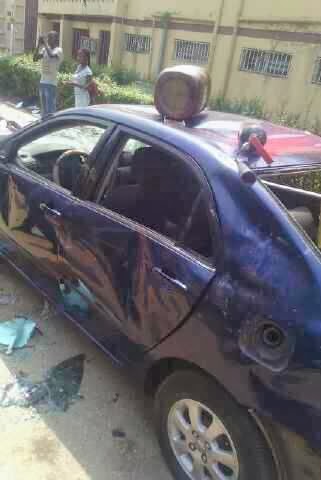 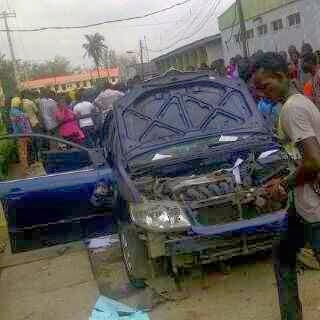 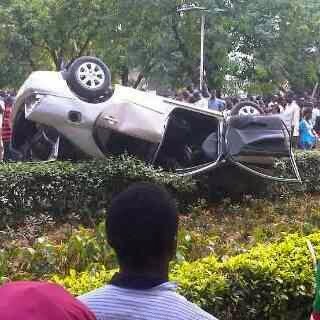 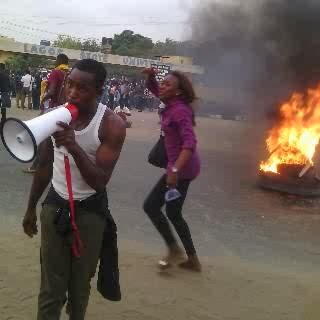 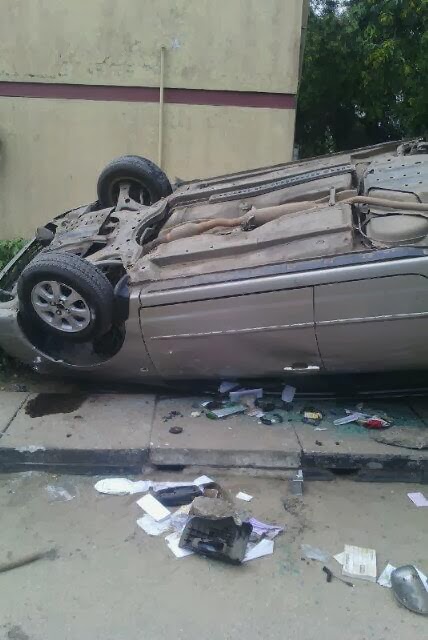