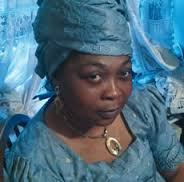 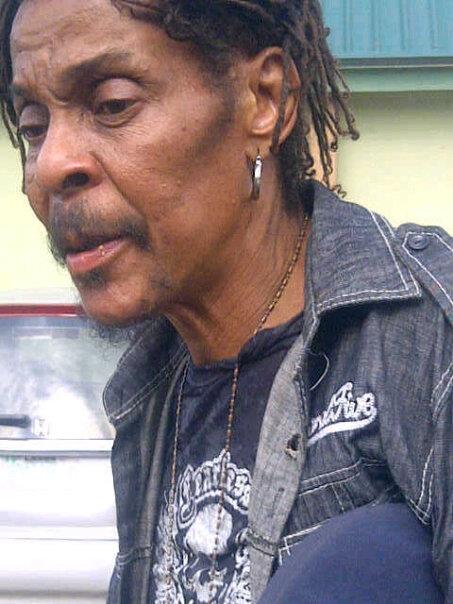 Majek Fashek’s beautiful wife,Rita has remarried years after the singer abandoned her and their 3 children.

”For more than thirty years, Rita Fashek and her famous reggae music legend, Majek Fashek, were soulmates until drugs and alcohol addiction destroyed that dream. Rita said Majek got hooked to drugs and alcohol which she said ruined their marriage and fractured a once famous and successful family. “ I thought we would live together forever; but as we grew into different rhythms of life’s challenges, I discovered that forever was not enough time to spend with him.”

“Majek and I met at a holiday job camp. We were both hired as interns and something in both of us stirred as we worked together as summer interns. Soon after we met, we fell in love in great ancient Bini kingdom; that was before he became famous. We were so much in love. I became pregnant shortly after marriage and we had Randy. One year after Randy was born, we had another child. I never thought I would divorce Majek. No one knows tomorrow. The future is uncertain. Only God knows the future… I love him, but I am no longer in love with him.”

“I have remarried and I am moving on with my life. Jebose, when things don’t go right, what do you do? I am tired of waiting for Majek. I have been living for years, alone, lonely and with my children, waiting for him to come home. I waited all these years; his brothers never cared. No member of his family reached out to me. I am not getting any younger. I decided to move on. Majek abandoned the children and me for so long, too

You could feel the pains in her voice as she spoke passionately about a man she still loves, despite everything: a man she would sacrifice and do anything for to encourage him to seek help with his severe addictions to drugs and alcohol. “I am no longer Majek’s wife. I love him. But I am not in love with him. Majek is a wonderful man. I am worried and concerned about his life these times. He had been on this drug dependency for over 15 years. We have three children; Randy is 30, Seun is 24 and our last boy is 12. My children were denied affection of a father by his illness and addiction. I have been the sole provider and single mother of our household in the past 15 years since he chose this lifestyle and walked away from us.

“I don’t know what went wrong with Majek. I may never know. He is deep into substance abuse. I discovered his dependency on drugs and alcohol after the birth of our second son, Seun. He would leave the house and return stoned, ultra-happy and erratic. The signs began to manifest that Majek was on drugs. I was scared and didn’t want to believe it. But everyday then, he continued to plunge into serious drugs and alcohol experimentation. They became normal recreation for him.

This behaviour wasn’t right. So one morning, I checked him into one of the hospitals in New York. This was 12 years ago. The hospital treated his addiction problems and he responded to treatment, briefly.
“Days after he was released from the treatment facility in New York, he was back on track on substance abuse. He reconnected with his neighborhood friends and suppliers. Majekodunmi would leave home for days and return to our apartment, soaked in dirt and oozing of alcohol, behaving erratically, commanding and trying to control us.

He took his musical instruments and sold them for drugs or pawned some so as to get money to feed his desire for alcohol. I tried to shield the children from his life but sometimes it was difficult, especially when he lived, partly and by his choice, with us in our New York apartment. He went and came randomly, never cared about how we survived. One day, he came home and said, “Rita, I am going back home in Nigeria, take care of my children.” He walked away and never came back, until I came to Nigeria two years ago to help him get treatment. Majek doesn’t have any money.

I worked very hard to support my children and him. That was what his addiction did to him and to our family. He was seen everywhere in New York drunk, sometimes sleeping on the floor of subway stations as he waited for the train home. When he returned home, I would cook, clean and feed him.
“I had to take care of him. He was my husband and also the father of my children. He was sick and his family abandoned us. Before the illness, he was a wonderful man. Majek’s heart is a pot of platinum. He is a very kind and loving person. He was a great husband and lover. He cared very much for the children and I. We felt his essence of fatherhood and husband whenever he was sober. Majek did everything for me.

He took care of me and treated me like a superstar. These were the days when he was successful and a superstar in Nigeria’s music scene. Whenever he went on music tour of Europe, Majek would buy us boxes of clothes and everything else. Majek was the best husband any woman could ever dream of. He was the best husband to me. He was a charming lover. But his alcoholism and drugs addiction denied us his love, care and humanity.

“I have been staying alone for years with our children. He abandoned us. The children are grown now. I divorced Majek three months ago. I had to move on with my life. I am not getting any younger. I have remarried.
“My ex-husband is an alcoholic. I don’t know how to help him. I did everything to make him get help. Only God can help Majek. But we must not stop trying to make him seek the right treatment.

“I don’t regret marrying Majek. No hard feelings. He was always there for us. I thought this journey with him would last forever, but I am tired of being lonely, alone and abandoned. I will do anything and everything to help him get well. Two years ago, I came to Nigeria to get help for Majek. I encouraged him to go with me to a treatment facility I found in Badagry, in the outskirts of Lagos. He agreed and I got him admitted and I paid for his treatment. He was responding to treatment. Few weeks into the treatment, this lady that claimed to be his manager, came to the treatment centre, had sex with him and convinced Majek to check out of the facility. He did.

I cried when he called and told me that he had checked out with his manager. I spent so much money to get him treatment. She doesn’t care for Majek. My ex-husband needs help. I plead with Nigerians to help us as we begin another attempt to rescue him from the streets of Lagos and from his addictions to substance abuse. It will require money to put him in a professional treatment facility; hence we have set up an appeal fund to help raise money for Majek’s treatment.”