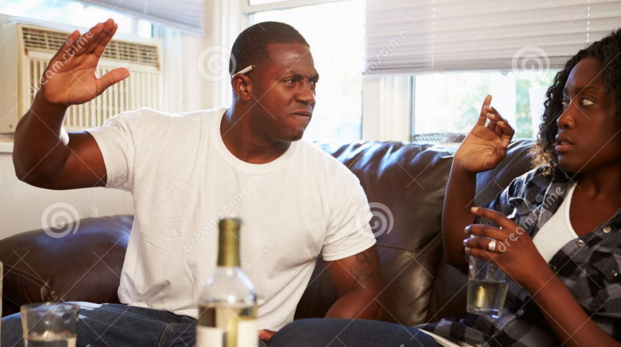 A 44-year-old man has been arrested and charged before a Magistrates’ court sitting in Ejigbo and remanded in prison for allegedly slapping his wife’s friend in Lagos State, western Nigeria.

The man, Oluokun Olarewaju, allegedly slapped Miss Christiana Duntoye for telling his wife that she saw him with another woman.

The incident happened at 84, Rasaki Tijani Street, in Ikotun where Olarewaju resides with his family, while Duntoye resides at 75 of the same street.

We gathered that Duntoye caused serious quarrel between Olarewaju and his wife with whom he had lived peacefully over the years following the gossip.

Trouble started after Olarewaju’s wife confronted him and accused him of engaging in extra-marital affair and had suddenly changed his attitude at home.
Olarewaju, who expressed shock over his wife’s accusation, asked her to disclose how she came about it.

The wife later told him that her friend, Duntoye, was the source of her information.
While they were quarreling over the matter, Duntoye visited to meet his wife as usual.

It was then that Olarewaju confronted her and slapped her three times and walked her out of their house, accusing her of trying to break up his marriage.

Angered by the assault, Duntoye went to Ikotun Police Division and reported the matter.
Olarewaju was arrested and later released on administrative bail.

He was later charged to court with assault under the Criminal Code.
He pleaded not guilty.
The presiding Magistrate, Mr A. A. Fashola granted him bail in the sum of N50,000 with one surety in like sum.
He was remanded in prison custody at Kirikiri pending when he will perfect his bail condition.

We learnt that the incident has seriously affected the marriage between Olarewaju and his wife because Duntoye refused to withdraw the matter from court.