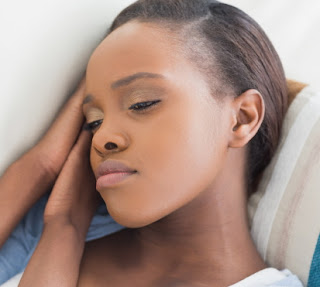 A very interesting story of a Nigerian man who caught his fiancee pants down at a hotel in Onitsha few days ago has gone viral.

It is the story of a man named Samuel Etuh who fell in love with a serial cheat who ended getting dumped days to Christmas.

Read the shocking story below:

“On Dec 23, 2017, i travelled from benin to my hometown in Anambra state for the Christmas holiday. While on the way i called my fiancee who stays in Onitsha with her parents, i asked her if we could lodge in a hotel when i get to onitsha so i can continue my journey to my hometown the next day.

She told me she can’t sleepover as her parents won’t let her ( as she was expected to cook the next day). So we agreed that when i get to onitsha i will come pick her up and drop her back in the evening.

So when i got to onitsha i went straight to her house. And with the permission of parents , i went out with her (her parents knows me ).

We went to a nice hotel in onitsha where i booked a room #9,500 (lodging). We relaxed have some drinks and food. We talked about how our wedding will be. I wanted the wedding to hold around June this year , but she wanted it early. We had a nice time together as it has been months since we haven’t seen.

After some hours together, she said she has to go as her parents would be expecting her. I told her i will drop her and from there head to my hometown. She asked me what about the room i paid for lodging… i told her that we would have to return the key as i cannot sleepover in the room all alone when i know i can still reach my hometown if i leave now.

As a smart girl (which she feels she is), she told me that if the hotel workers finds out that I’m leaving,they would just put someone else in the room and pocket the money to themselves (in my mind then i was like that’s their luck then).

As we were about to leave the room , i wanted to return the key, but she suggested i leave the key inside the room and just jam the door so they wouldn’t know that we have left until the next day. I asked her why didnt she want the workers to make gain from it; she said the workers didn’t attend to us well, that they were forming big girls

. I did as she suggested, jammed the door and we left. I dropped her up in her street and left immediately for my hometown (that was around 6:00pm)

While on route to my hometown i met a heavy traffic jammed around nkpor junction. After an hour or so in traffic, i decided to go back to the hotel and spend the night , and continue my journey on the early morning of the next day, so as to bypass the traffic.

When i got to the hotel (around 8pm) , i walked straight to the room i earlier booked. But when i tried to open the door…i found out that it was locked. Angrily, i walked down to query the receptionist on why she should put someone else in the room when i never told her that I’m done with it.

But to my astonishment, she told me she didn’t give the room out to anybody. She called one of the security guard to accompany us to the room to find out who the intruder is.

When we got the door, the receptionist knocked . A young boy on his underpants opened the door and asked what the matter was. The receiptionist asked to find out when and how he got the room. The young boy went in and brought out the receipt of payment bearing my name .

At that moment i sensed what could be up, so i pushed the door open and got in, nobody was in the room . i tried to open the bathroom, and noticed it was locked from the inside (In my mind i prayed to God let it not be what I’m thinking).

After several knock on the bathroom door, the person behind the door finally opened it. Behold it was my fiancee (ex-fiancee now). I was shocked .

I was so furious that i felt like giving her a sound slap. She was just crying and couldn’t say a word (what would she say? She was caught in the act). I called her mother that night to inform her of what happen, she was shocked too. She said she call her on phone and told her she would be spending the night with me as we were setting plans for our upcoming wedding.

Some girls have fish brain, you met a guy who love you and even got engaged with you. But yet you still mess around with your street boys who couldn’t afford to pay for a hotel room or even get his own apartment. This should be a lesson to you girls.

As i enter the new year , i enter with the watchword “trust no woman , fear every woman”.

Continue Reading
You may also like...
Related Topics:catch, fiance, nigerian