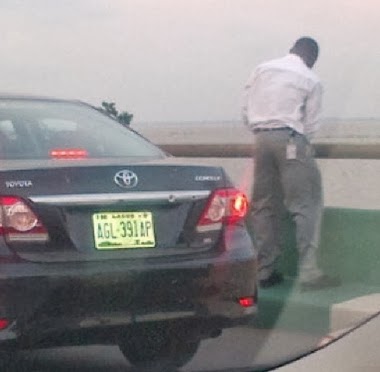 Feb 16, 2014 – Man Caught Urinating On Third Mainland Bridge In Lagos…KAI Where R U

A pressed motorist was caught on camera urinating on the third mainland bridge recently.

The people that took the picture observed the guy as he rushed out of his parked car to ease himself on the popular bridge.

He is lucky the KAI (Kick Against Indiscipline) people didn’t catch him. #Eko oniba je