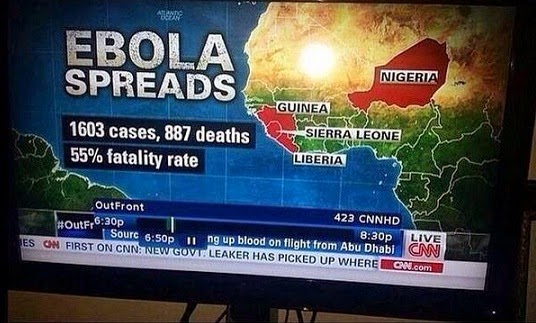 Few hours ago, CNN made a big reporting blunder after they couldn’t locate Nigeria on the map of Africa so instead of going blank, they used the map of Niger for Nigeria.

The error spread like crazy with many fans including Americans blaming the big media house for such a big blunder.

To cut the story short, Hon. Abike Dabiri gave them a friendly correction on Twitter and warned them to avoid such in the future.

“Dear @CNN red portion marked Nigeria is actually Niger. We understand this may b an error but pls note 4 future. Thanks” – Mrs Dabiri said on Twitter.

Isn’t that too much for CNN.