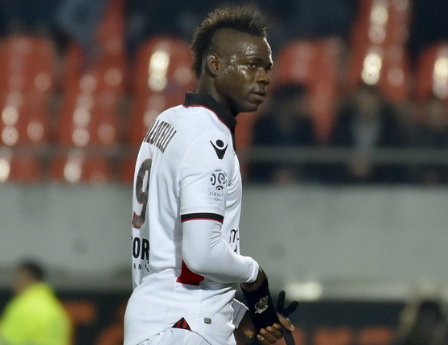 Feb 20, 2017 – Mario Balotelli Gets 3rd Red Card Of The Season For Insulting Referee

Former Liverpool and Man city Forward, Mario Balotelli has been handed his 3rd red card of the season over a confrontation with a referee.

Balotelli was sent off in Nice’s 1-0 win over Lorient yesterday after a confrontation with referee Tony Chapron.

“He insulted me in English,” Chapron told L’Equipe following the game when explaining his decision. “I won’t say more but it was something classical.”

Nice goalkeeper Yoan Cardinale claimed team-mate Balotelli “did not say much” to be shown the straight red and may have been hard done by due to his troublemaker image, but coach Lucien Favre was less forgiving. 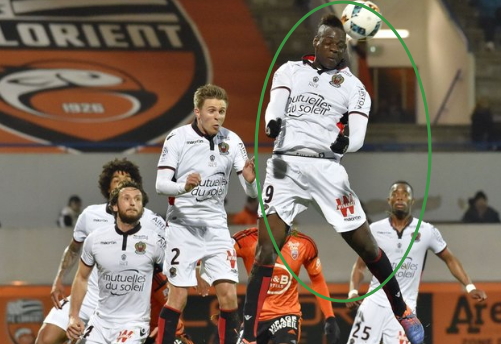 “Is he victim of his reputation? Do you think it was a red card because it was Balotelli? It’s ridiculous,” Favre said, as quoted by L’Equipe.

“If there is enough for a red card, they send off, if there is not enough, they do not send off.”

Balotelli scored seven goals in his first seven Ligue 1 games for Nice but has found the net just once so far in 2017, and Favre insists he will not continue to offer any special treatment to the striker.

“I thought he had improved a lot in training this week,” Favre added. “I had talked to him but I can’t always do that because otherwise I end up focusing only on him.”

Buhari Death Ritual:Shiite Islamic Sect Did Ritual To Kill Buhari In London Over Detention Of Leader
Liberians Call For Arrest Of Pastor Who Stabbed Wife In Morris Farm Monrovia