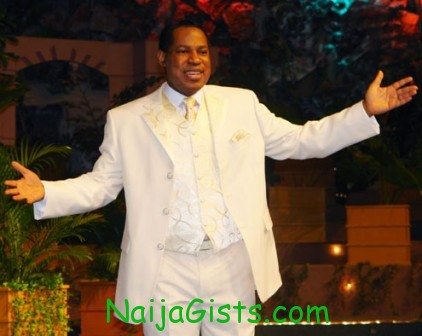 “There is one thing I would like to bring to your mind that may be of help to you because the reason you are thinking of stopping this is because of what you think it is.”

He added that “no matter how wrong you think this is in your mind, get this straight, in itself, it is not a sin against God,” emphasising that as a result of this belief that it is a sin, Satan used it to oppress people of God “making them feel ineffective and inefficient in the things of God.”

Reacting to Oyakhilome’s comment, the Prelate, Methodist Church Nigeria, Dr. Ola Makinde said there was only one way of having sex permitted by God in the Bible, which is only through marriage.

According to Pastor Tunde Bakare of the Latter Rain Assembly, every believer must be able to subject his body to control because it could lead to something else.

“It is like abusing the gift of God. It is heresy. The Bible says it is a sin to derive pleasure outside the content of marriage,” he added.

Several readers of the Chris Oyakhilome story published in Naijagists.com have criticised the controversial pastor for making such a comment.

One of the readers, Machie Sunie Chuks, asked: “how can you do it without your mind being there? Pastor please, call a spade a spade! Remember, your body is the temple of God, so keep it holy! Readers, please test which spirit is speaking through this famous pastor before you continue to bind yourselves with Satan’s yoke!”

Nicholas Istifanus said his body is God’s temple and that he must keep it holy. Osinaku Benedict declared: “you will always be a slave to sin until you quit excusing your weaknesses claiming it is a habit or that you are helpless.

“As a child of God you are not helpless. A Christian hates sin while a sinner excuses and justifies it. Sir, please use your exalted office as a man of God to win lost souls back to Christ.”

Maigeri Joachim said: “Chris, stop plunging the world into confusion. The genital organ is made by God for a specific purpose. It is wrong to use it wrongly. The scripture says all wrong doing is sin. I ask you, is fornication a sin? Is it not a sin committed in agreement? Out of the abundance of the heart the mouth speaketh. I hope you are not a masturbator?”

“Please, you need to retract the speech you have made, because you are too far away from the truth if truly you have said it!”

A reader, who simply called himself David urged Pastor Chris to go back to Bible school “because, once you conceive it in your mind, you’ve done it.”

Pastor Victor Adimorah said: “although every man of God is being led by the spirit of God to bless us, when there is a problem within the man of God, we are expected to hear comments like the one made by the Pastor. Please pray for Pastor Oyakhilome. I believe he is undergoing a spiritual battle.”

Another reader, Kay asked: “does fantasy not proceed from the mind? If the body is the temple of the Holy Ghost, is it not wrong to defile it? I like the man Pastor Chris but on this one, I disagree with him. This is not scriptural and it is morally wrong!”

Bruce L. asked: “will Pastor Chris also tell us that pornography is also a habit and not a sin? Converted Christian who were in the occult world will tell you that it is a spiritual attack that Satan uses to destroy Christians as the semen goes to a semen bank.”

Editor’s comment: We live in a free world where everybody is entitled to their own opinions however, because of the sensitive position he occupies in the body of Christ, he should be careful on such issues.

We are not to judge any man of God as it’s dangerous. Let’s be careful guys.

To read more comments made by people on this controversial issue, click here