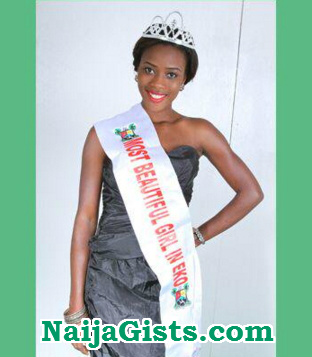 The coast is already clear for the 2016 edition of the Most Beautiful Girl In Eko Beauty Pageant.

Quadri also stated that the Six beauty queens would be attached with chaperons in their official duties and functions till the end of their tenure.
“We now have four new queens namely MBGE Tourism, MBGE Entertainment, MBGE Commerce and MBGE Model Queens. Also retained is MBGE Environment which are all under the trade mark registration of the number one Queen of this brand, The Most Beautiful Girl in Eko, she said”.
Quadri stated that a planning committee has already been put in place by the management of Ereon Pageantry for the event.

The chairperson of the planning committee is Miss Courage O. Uwagbale who is also the Beauty Manager, assisted by Miss Ifeoluwa Okengbenro who is also the Public Relations and Corporate Affairs Manager, while the General Manager, Miss Taiwo Samson Supervises the Planning Committee. Other members of the committee include Onojaefe Ifeyinwa, Jecinta Chukwueke and Ifeanyi Okonji. The Camp Commandant is Sir Richmond Simeon.

Those expected at this year’s event would be top personalities cutting across government, fashion, movie, and the music world. There would be music, dance, comedy, and cultural extravaganza.
Popular music stars such as Prince Wadada, Aman, Zule Zoo, Om Shanti, Adasounds, Kuvu, and also popular comedians such as Klint Da drunk, Melody4comedy and a host of others.
The Most Beautiful Girl in Eko beauty pageant is supported by the Lagos State Government and endorsed by the Federal Ministry of Information and Culture, Abuja. Other partners include Five Alive pulpy orange fruit, (Coca-Cola brand), Hollandia Yoghurt (House of chi), Oak Fashion Designs, Lasena table water, Zuojia Creative, Kelvins Spice, Lola Petra event company, White Technology (Wacom) and Ereon Foundation.

In a related development, the Chairman and chief executive of Ereon Pageantry, Mr Scherey Momoh, has advised contestants to always apply for a trade mark registered pageant as it is done in other parts of the world.

He stated that trade mark registration differentiates between fake and original pageants. He added that The Most Beautiful Girl In Eko Beauty Pageant (MBGE) is a trade mark company registered under the trade mark laws of Nigeria since 2013 in class 41 in entertainment, sports, cultural section.

Momoh, is a veteran journalist and entrepreneur.

Continue Reading
You may also like...
Related Topics:Beauty, lagos, pageant, the most beautiful girls