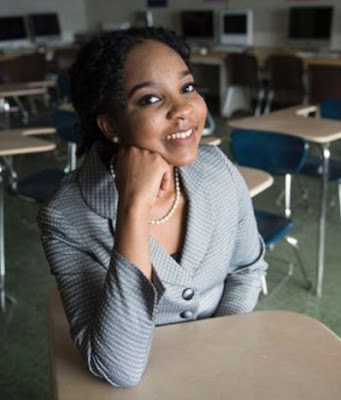 April 9, 2016 – Meet Augusta Uwamanzu-Nna, Nigerian Student Who Gained Admission Into 8 US Universities At A Time

A US-based Nigerian lady has done her country proud, securing admission into all the eight Ivy League American universities and a few others in one fell swoop!

In addition to the Ivies, she gained admission into John Hop­kins University, the Massachusetts Institute of Technology, New York University and the Rensselaer Polytechnic Institute.

Uwamanzu-Nna, 17, became the second student from her school to pull off the “exceedingly rare feat,” seen particularly as remark­able, given the increasingly fierce competition that has driven down acceptance rates at selective uni­versities over the years. Harvard, for example, now admits mere 5.2 per cent this year, down from 9.3 per cent in 2006.

Reports say only a few students pull off a sweep each year, with Nnwamanzu-Una’s feat coming barely a year after her compatriot, Harold Ekeh, drew national head­lines when he was accepted to 13 universities, including all the eight Ivies in 2015. Incidentally, Ekeh, now a freshman at Yale, is said to have been a close friend of Ms. Uwamanzu-Nna and had been an inspiration to other students. 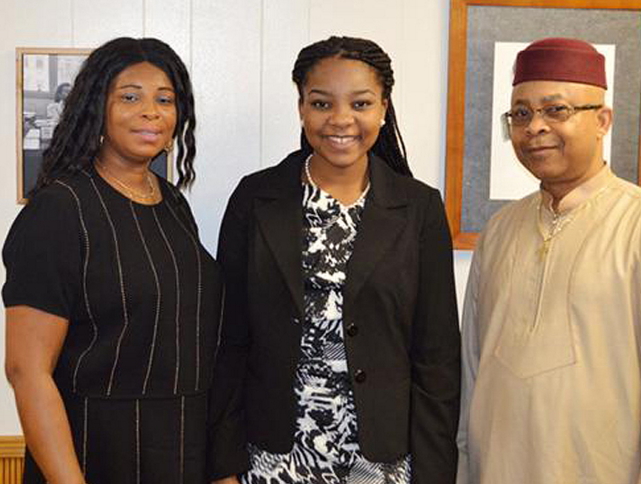 The girl joins other young Ni­gerian students who have become the toast of international academic circuit for their exceptional intel­lectual prowess across the globe in recent times.

The high school student was overwhelmed with emotions and disbelief when she received the cheery news when she checked her phone on Wednesday.

“It’s so surreal. It’s still hard to actu­ally believe that this has happened to me,” she was said to have en­thused. Ms. Uwamanzu-Nna said she was shocked she gained ad­mission into many colleges.

14 thoughts on “Meet Augusta Uwamanzu-Nna, Nigerian Student Who Gained Admission Into 8 US Universities At A Time”