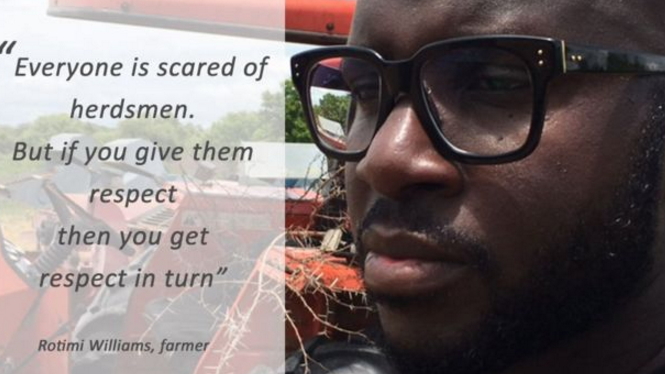 Kerekusk Rice Farm Owner Reveals How He Became A Millionaire

A Lagos boy, Rotimi Williams is making waves in Nasarawa State as a rice farmer. He shares his success story at a forum organised by Agrihub and Agroentrepreneur, entrepreneurship capacities’ building groups, in Lagos.

36-old Nasarawa -based agro entrepreneur, Rotimi Williams, is the proud owner of Kerekusk Rice. He acknowledges not only his enjoyment of growing rice, but also as a rice connoisseur.

Young and well-educated, he has about 45,000 hectares of rice farm. He sells the product to major milling firms.

Williams, who grew up in Lagos Island, is down-to-earth and recognises that he first has to roll up his sleeves and get dirty with some serious work, to make the kind of wealth he desires. This is is in the marshy, mosquito-infested paddy fields that he has to break his back to satisfy his innate entrepreneurial instinct. 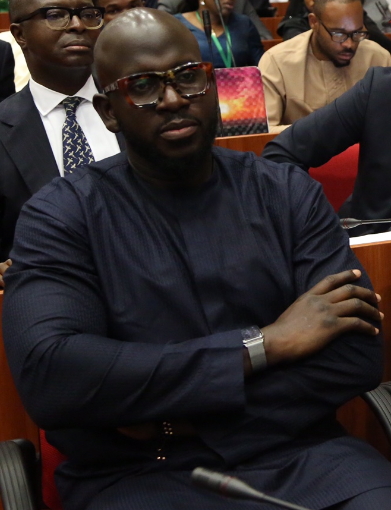 He had to learn everything as he had no experience, nor background in farming. But he read a lot on it and took all the risks because he needed to do something others were not really interested in. He did his calculations and promised the community some returns. That was the winning strategy.

He had challenges with machinery services for harvesting and for threshing, procurement of agro-chemicals as well as, good planting material. The absence of these contributed immensely to poor harvests at the onset.

With these challenges, there is less possibility of bringing more land into production. Right now, he is using few hectares because of the cost of clearance and maintenance. He said the organisation would have to increase the productivity per hectare by knowledge- and science-based farming with purchase of promising rice varieties.

Notwithstanding these, Williams has been able to make some good returns on his investment. It became more interesting as the days went by as he had bought a processing mill.

He believes the success of his farm is based on a “we” attitude, rather than “I” – calling the operation a successful team work. He has been blessed to have wonderful people who agree to work with him.

Williams believes his farm’s success is tied to the community and his dedicated employees. He believes agriculture has to feature prominently in the nation’s development plans if the government hopes to achieve a prosperous future for Nigerians.

One of the greatest challenges of young agripreneurs, according to him, is unequal access to key assets, such as land, finance and information services.

How I Started My Rice Farming Business

As a journalist, I had the opportunity to travel around a few African countries. These trips exposed me to countries like Kenya, Rwanda, Uganda, South Africa, Zambia and Ghana. A common thread amongst the aforementioned nations is agriculture. Agriculture is at the very core of these countries and this got me thinking. After a few more trips, I decided to move back to Nigeria and sink my teeth into the agricultural space. Nigeria remains the largest economy in Africa from both a GDP perspective and also the strength of the size of our population.

Upon my arrival back in Nigeria, I got a job at a premier Bank where I was promised to sit on the agriculture desk – my hope was that I would gain enough knowledge of the Nigerian agricultural industry and develop myself from there.

As my frustration grew, I decided to quit banking and planned to go it alone into agriculture. Frankly, my decision led to a challenging sojourn as attempts to raise funding with my partner proved difficult. We started a Structured Trade and Commodity Finance company. After a while I started consulting for small agriculture companies seeking to raise capital both locally and internationally.

Two years had past and we still had no funds, so I made an offer to some farm owners in Nasarawa that with a 50-50 split, I would develop their farm with both personal funds and external funding. He agreed and that’s how I became part owner of 17,296 hectares of farmland. Knowing that agriculture would become the integral area of focus in Nigeria, I was bullish and ramped up the land to 55,000 hectares. I later parted with my partner as a result of unaligned views and strategy. I maintained 45,000 hectares for myself and today we have started producing, with our quality paddy being sold to major milling companies in Nigeria. However, I must add the following, I often have people ask how I learned about farming, as everyone thinks you need a special degree in agriculture to be a farmer, but I always tell them the truth, I learnt it all on Google. I downloaded every article I could find on rice production, consumed it and then practiced it in the fields.

Frankly, my experience working alongside indigenes of Nasarawa state has been exceptional. I have learnt over the years that if you approach people with respect even more so while one seeks to set up a business venture. Having a healthy sense of community makes all the difference in attaining one’s set objectives. I lean heavily on the wisdom and cultural approach of the indigenes to carry out farming on such a scale here in Nasarawa.