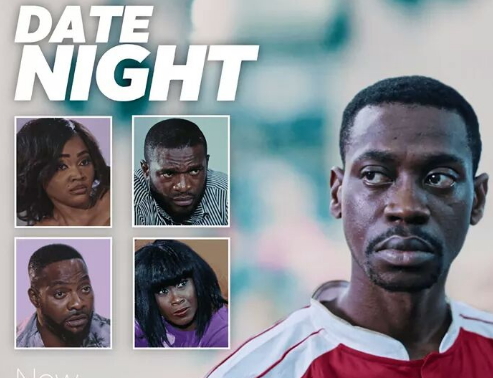 Michelle and Harry are about to get married, and Michelle calls a date night to introduce her fiancé to her favourite cousin, Joyce, and her husband, Foster.

They are getting to know one another when a thief, Andrew, who is on the run from the police after robbing a supermarket, barges into the restaurant and takes them all hostage.

He begins a conversation with the couples and gets them talking about their relationships and revealing secrets about themselves. They all realize their love isn’t as perfect as they thought it was, but their talks into the night help Andrew open up about his obsession and secrets.

The story is commendable for its angle; how it is able to create order out of so much chaos. It bears a semblance with The Visit, which also has to do with two couples and unravelling secrets.

However, Date Night brings in an external factor and uses flashbacks to further recount its story. Achieving this story till it is plausible is a major challenge, as mixed emotions are required when a gun and a robber are involved, and very few things would make people comfortable enough to talk about their lives in such circumstances. But Pascal Amanfo who directs this film pulls it off in commendable fashion.

Uche Jombo is fire as Michelle, and Bolanle Ninalowo is a charmer as Foster. However, Kenneth Okolie as Harry is calm, which wouldn’t be so bad if he didn’t look intimidated by Uche’s acting. And Mercy Aigbe overdoes everything including her reactions to her lines, till you begin to ask ‘What is wrong with her?’

Abdulateef is a poor casting choice as Andrew; he waters down his role so much it is a pain to watch. He screams, he gets overly dramatic and cries for no reason, probably because he finds it easy to, if his stunts in Yoruba movies are anything to go by. He switches from his impeccable English to Pidgin when he is caught, and doesn’t switch back, which is strange.

It is way too convenient that police officers were just outside the scene of the crime, and it is stupid that they keep chasing after a criminal with the complainant on foot, hours after he has run out of sight. No back up, no patrol car, no plan.

The sales girl leaves her shop the rest of the day to chase a thief, and isn’t drowning in tears at what would happen to her job when her boss finds out she has lost money. It is ridiculous, to say the least.

Andrew hides the money he steals in a shack somewhere as though it were an important point of reference, but we see and hear nothing of it afterwards.

The other people at the restaurant seem bored and unnecessary as the thief only focuses on the two couples. It makes it seem like he was sent to them specifically, and tempers the authenticity of the story.

While this film has the potential to be memorable considering its uncommon plot, its lapses in casting choices, exaggerated performances and forced humour make it weak.

Pascal Amanfo, who plays the security guard at an oil company, is perhaps the only comical act who seems natural in his element. The switch on different dates, as well as the smooth transitioning from scene to scene, is testament to some remarkable directing shown in this film, and make the love story between Joyce and Foster desirable.

Written by Patrick Nnamani, Date Night is about ninety minutes long, ambitious and has lessons on sincerity and contentment in relationships, but its many loose ends won’t just let it be great.