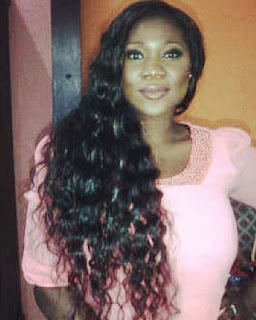 So mama Purity has finally spoken up on her expected ban in 2014 by the association of Nigerian movie marketers for being too expensive.

The talented actress who is now the highest paid actress in Nollywood charges around 1.8 to 2 million per movie while others like Funke Akindele and Genny charge between 700 to 1.2 million naira.

The busy mother of one took to her Twitter page yesterday to blast the marketers for trying to spoil her market.

Yes she acknowledged her expensive bid however, she has advised the marketers to go for other actresses who are less expensive than her.

Hear Mercy Johnson in her own words below:

Hmmmm….most expensive…its God o Wats wrong when u keep quiet till u no wats up?no petition,no complain just fees those who can’t afford heineken should stick with ‘Kai kai’ And those who can’t afford designers should stick to ‘okirika'” #stillsippingmakunuchampagne#
Even with all d paying press to diss me, I still came dis far,take d back sit babe’s, behind me is where u belong so back off and quit tryin.”

Wait a minute why should movie marketers ban her when other actresses who are even more talented than Mercy Johnson are staying jobless.

Even Tonto Dikeh with all her shakara no fit charge this much.

In the past, Nigerian movie marketers have banned Richard Mofe Damijo, Genevieve Nnaji, Jim Iyke, Emeka Ike and Ramsey Nouah but the ban hasn’t stopped them from progressing in their acting career with the exception of Emeka Ike who was recently hit hard.

Mercy Johnson is a busy actress ooo , I hear she has been fully booked for movie projects till the end of the year.

This is another indication of the messy political game ravaging Nollywood.

Do you support this ban?