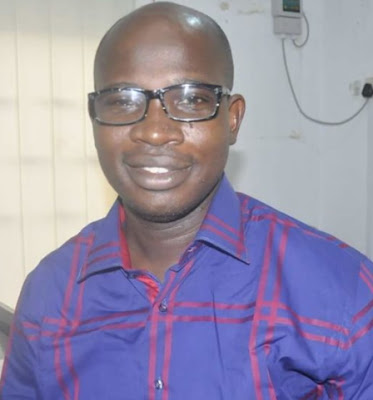 “Merry Christmas, uncle.” “Chucks, Merry Christmas. How do you do? ” “How do you do sir? I have not seen your hand and tomorrow is Christmas.” “You can only see my hand if I see the hands of those who usually extend theirs to me during the Yuletide. But as it is, there is nothing for you my friend.”

“Not even plastic rice?” “Chucks, so, you believe that arrant nonsense called ‘plastic rice?”‘ “Why not? The Customs Service seized 120 bags and it was reported in the media. Nigerians were advised to be wary of the kind of rice to buy during the Yuletide and even after.”

“Are you aware that the Minister of Health, Prof. Isaac Adewole, has debunked the rumour. The NAFDAC claims that the preliminary tests on the impounded consignment revealed that it is actually rice but perhaps of low quality.

Nigerians have been advised not to panic and wait for final investigation.” “Customs goofed?” “Yes Chucks! Big time.” “But uncle, they should have waited for laboratory tests to be conducted on the consignment before making such hasty conclusion.

Perhaps, those who said the Customs did it deliberately to demarket importers of foreign rice and boost the sale of local rice may be right ” “Chucks, I won’t even touch that with a long pole. The problem is more about overzealousness.

This is the era where everybody is expected to be a good boy even if they are bad. When has it become the work of Customs to talk about the quality of food?” “And you said it is not about demarketing…” “Yes, people said a similar thing about Dangote.

You remember the rumour about Indomie noodles a few years back? People said Dangote was behind the rumour making the round that Indomie was unsafe for consumption so that buyers will be discouraged and opt for Dangote noodles.

Why will that be an option when quality and advert can be used to drive a rival product out of the market. And if the ‘plastic rice’ is a sale gimmick, it won’t work. The BRT versus molue in Lagos is a model of healthy rivalry.

People should be given the option to choose what is good for them.” “Uncle, but we need to ban importation of rice and some consumables as long as we can produce them or what do you think?” “It is sad we are import dependent.

What’s the attraction?” “I learnt bags of rice being taking home for Yuletide by those travelling were being seized by the Customs on the road. But I think it is part of the strategy to promote local rice.”

“Chucks, another arrant nonsense! As we speak we don’t have enough rice in the country. And being a major staple food, it should be a gradual process. Let our local rice be available, affordable and be of high quality. If we are banning importation of rice and other unnecessary things, let’s be serious about it.

“Uncle, I remember vividly that you said last year’s Christmas was an unusual one at least in recent time and the conviviality and celebratory ecstasy associated with it were obviously missing in many homes.

And you asked: ‘After a bleak Christmas, what hope in 2016? You published this on January 2, 2016. Did you have the premonition that things will get worse in 2016 and is there hope for us in 2017?” “It was not as if one was trying to be unnecessarily pessimistic.

But over the years, governments at all levels thrive on propaganda and empty promises. The ominous signs are there that all have not been well over the years but we chose to live fake lives and dress ourselves in borrowed robes.”

“But you can’t accuse this government of doing the same…” “Well Chuks, they are same of the same except if you say there is difference between six and half a dozen. Hope you remember that the government did not admit initially that we are in a recession.

It called it ‘technical recession.’ Later it changed it to ‘officially we are in a recession.’ As to whether there will be hope in 2017, we can only hope the New Year brings hope. Nigerians are tired of mere talk. They want those words translated into action.”

“It seems you are angry that many homes will have bleak Christmas…” “Yes Chucks! It is patently absurd that we had a bleak Christmas last year and this year’s is worse and the hope of one’s dependants is annoyingly high.

They think one is privileged as a journalist and people will remember journalists during this period. But as it is, nobody has remembered me. So, I may not remember most of the people I used to remember during this season.”

“But there should be smiles in many homes. Government has released N552 billion refund to states. So, state governments will pay workers’ salaries.”

“There is no guarantee until the salaries are paid. Why do you think the President is asking the governors to use the money to pay workers? Why are the workers in Ekiti asking Governor Ayo Fayose not to divert N9.3 billion bailout funds?

All these boil down to lack of trust and bad precedent set by some governors who diverted bailout funds meant to pay workers’ salaries. Some governors may use the opportunity provided by the refund to fund their ostentatious lifestyles.”

“So, where can we find hope since we cannot really trust our government?” “Nigerians will find hope in Ponzi schemes like MMM and…” “But MMM has collapsed. Sorry sir for interrupting.” “…and places of worship.

Well, MMM only said it suspended its account and it will bounce back in January, which is just a few days away.” “And you believe MMM will come back sir?” “Chucks, what I believe does not matter.

Many Nigerians are incurable optimists. Even if MMM collapses, more Ponzi schemes will come up and many Nigerians will still be part of them. Don’t forget we are in a recession and survival matters.

Out of desperation, people will do anything to survive because they have lost faith in government and rightly so.” “And you mentioned places of worship…” ” Yes. Because for many of us, religion provides us with happiness.

But like Karl Marx said many years ago, it only provides artificial illusory happiness. Unfortunately, sports that also provides momentary happiness is not being taken seriously by the Buhari’s administration.

With the beret-wearing Solomon Dalung as the Sports Minister, our sports policies will continue to be bereft of ideas.” “If that is the case, we should be fervent in our prayers.

Or what do you think sir? We should pray very hard during the crossover night for God to take us out of the recession. I am sure that will be the prayer point in churches and mosques on December 31.”

“Did God take us into recession? Our leaders did. I am not averse to prayers. But our motto for 2017 should be: ‘Work and pray.’ We should ask ourselves why is it that countries that are not as prayerful as us continue to thrive in human development indexes while the praying ones usually have permanent places in the bottom of the rankings showing how developed countries are? We should complement ethos of prayers with assiduous work and sincerity of purpose for things to work.

With this, we will break away from the orthodox identity that gives premium to prayers without a corresponding emphasis that assiduous work is a necessary complement.” “So, uncle, you won’t give me anything for Christmas?”

“Chucks, let me read a text sent to me by someone: ‘editor, this is wishing you and your family Merry Christmas and prosperous New Year, but this side dry well well.’”

Continue Reading
You may also like...
Related Topics:waheed bakare