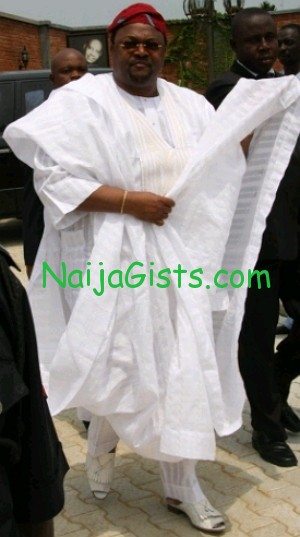 Mr Daniel Iworiso-Markson, the Chief Press Secretary (CPS) to the state governor, announced the donation in a press statement made available to newsmen in Yenagoa.

According to the statement, Adenuga made the donation when Gov Seriake Dickson led a state delegation on a visit to the business mogul in his Abuja residence on Monday.

The statement quoted Adenuga as saying that he was moved to make the donation because he felt touched by the devastating flood and the plight of the victims.

“The Globacom chairman commended the steps taken by governments at all levels in cushioning the effects, both during and after the floods.

He added that his contribution was intended to provide additional succour to the people of the state.

While receiving the cheque, the governor commended the philanthropic gesture of Adenuga for showing concern and love for the people of Bayelsa.

Dickson gave the assurance that the money would be judiciously used.

The governor informed the Globacom boss that his administration had set up a Post-Flood Management Committee.

According to him, the committee is headed by the former National Security Adviser, General Andrew Azazi, with other eminent citizens of the state as members.

He reiterated his administration’s commitment towards ensuring judicious application of the funds for the welfare of the flood victims.(Source:PM)