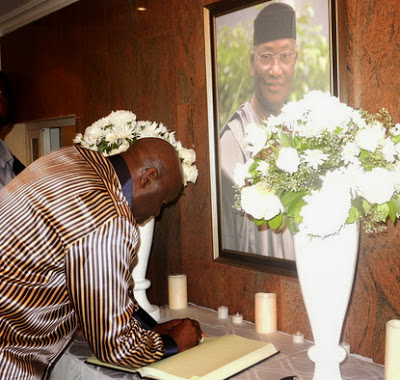 Admiral Mike Akhigbe, the former military Governor of Ondo State during Ibrahim Babangida’s regime who passed away in New York last month has been buried.

Late Akhighe was laid to rest today in his hometown of Furgar in Etsako central LGA of Edo State amidst eulogies.

President Jonathan who is currently in London was represented by VP Sambo. Senator David Mark was also there in the company of his wife.

“Death is not the end of life. It only changes the texture of life. Akhigbe has been in government and every mandate to govern is from God and when you are in Government you should ask yourself what would you be remembered for and what would God reward you for,”  said Rev. Father Okifoh who officiated the burial

Check out some pictures from Mike Akhigbe’s burial service 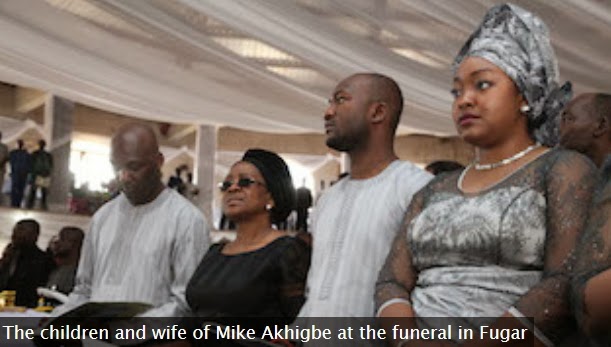 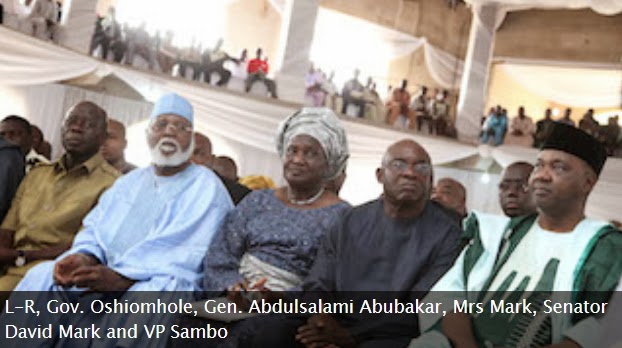 Mike Akhigbe passed away at a cancer treatment hospital in New York on the 28th of October 2013 years after battling throat cancer.