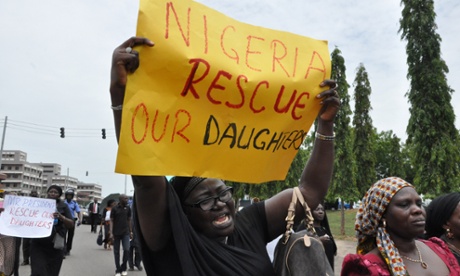 When you look at the leadership of Nigeria, one thing strikes you: they are like little children. The way, when you parent a child, you see them go for the cookie jar or the sweets… they want as much as they can have. They have not yet learned restrain—that too much is bad for you; responsibility. Children do not yet understand consequence, complex derivatives, dependence, addiction, prevention, precaution… control. These are things that in psychology, they say we learn after toilet control, from experiences… as we develop our superego.

But our leaders did not develop the superego. They still dip their head in the honey jar, drinking and drinking, no stop. You only have to replace sweet with money and the identicality becomes poignant. This is why you see they organize stuff like the deadly immigration recruitment scandal. They were just transfixed on the sweet, the money—more and more sweets, they craved. This is why they gathered millions and invited close to a million for interview the fateful day when they killed twenty of us, without realizing what was so wrong with their setup from the get-go. They lack the maturity to realize. They are children. If they don’t get what they want, we know the tantrum, the way they will cry like they are about to die. The way they pinch you, hit you (plot terrorism) to get the sweet (loot).

When you look at how they handle terror, you wonder, you are puzzled, piqued. What are they doing? Why are they doing such things? Where are the choppers? Where are the drones, the night-vision goggles? Where is the strategic response? And more critically, where is the strategic and tactical, societal prevention plan? There is none. Bomb after bomb, no plan! Abduction after abduction, nothing! Like children, their response is always one-track. I am bringing development. I built that road. I built that airport. I provided you telephone service; just like kids say- daddy, I did my homework, so can I get more sweets!!! Same way the leadership feels entitled to the money (sweets) they steal, due to (and as part of) the 10 things they did, out of the more urgent million they could do with the time and fortune of the nation, but did/do not. They have very simple minds: one track. The kid who says, I finished my meal, I did something great, and claps for himself, splattering more of the food he designed the table with, around the house. They are just children, we realize.

Like the child who plays with a wobbly standing clock that is about to fall on his head and kill him, but he does not know or notice, so also the cabal of Nigeria and those of them in power, play with all sorts of dangerous ‘toys,’ without the faintest realization that these decisions or the lack of them kill thousands in the nation each time: Benue, Bama, Baga, Zamfara, Katsina, Kaduna, Bayelsa, Yobe, Nyanya, Chibok, etc, etc. They’ve allowed that oil to spill and burned that gas in Bayelsa for 53 years! Children will never shut off an open bathtub tap, they’ll just waddle in the water and keep slapping it in glee, till the house is ruined and they drown if no adult comes.

The hierarchical arrangement goes from children to parents and then the top level, ‘parents’ who are visionaries—philosophers. The visionaries, like late Awolowo and the founding fathers of America, build a nation with plans centuries ahead. Their campaigns are not based on simply who they are, but their insight, their understanding, and their long-term vision. We in Nigeria have children at the helm, the lowest cadre. One must commend the work of some of our editorials and outspoken outliers. Yes, these are the parents of the children in power. Imagine what Nigeria would have been today had there not been Soyinka, Punch, SaharaReporters, Fela Kuti… PremiumTimes? *Shudder! The children ‘leaders’ would have emptied the entire syrup all over their heads and choked themselves (and the entire nation) to death.

When you look at the police pension thief boss, you understand exactly what we are talking about. No adult will ever behave that way. Who will steal all that pension money of your fellow police? That’s the child eating his brother’s candy because he does not yet understand the concepts of ‘mine’ and ‘yours,’ and ‘control’ and ‘repercussion.’

Remember when Goodluck Jonathan first handled the mantle of Nigeria and the national soccer team lost in South Africa? Remember how he disbanded the team? Or remember when he said, to test if the army is helping, I will withdraw it in Borno and you will see what happens? That second one was a joke the whole week on TV in America. This was on stations that usually don’t ever talk about or ‘know’ Nigeria; but this particular kiddy joke simply went viral. Over coffee, people were telling themselves that can you imagine a president of that country in Africa talked about pulling out troops from a conflict area to prove something?

The way they go after the money; you see them old, old men, till they die, still wide eyes, stealing money (sweets). You see them sick, dying like Abacha; still they keep amassing the wealth (sweets). Remember those Abacha ads on NTA, those ‘who does the cap fit?’ and ‘where does the key fit?’ ads? Take a look at the senate, at governors, you will see them. They have stuffed their mouths with sweets, more than they can chew from several regimes passed. Take a look at the senate president for instance. His name is like ‘Nigeria.’ They never feel humiliated, ashamed or tired. You have to tell them when its bedtime, else, they will stay at it indefinitely.

The community leaders, even the religious leaders are not much different. You hear them making lists and soliciting prayers and responses for the children victims of terror, based on the religion of the children/victims. Unbelievable, but that is our portion in Nigeria. Our Christian leaders go through victim lists to find those that are ‘theirs.’ Our Muslim leaders are not much different. We have to understand that these are children.

Our president’s wife says she will ‘protest to Chibok.’ To do what? To demand the parents, who are the people in Chibok, ‘release their children?’ We ‘adults’ know protests and action either goes to Abuja or to Sambisa, not Chibok. Relief is what should go to Chibok, Chibok is a place of mourning, not a place of noise, political filth and protest; but these people are children, we do not expect them to reason as adults.

And her husband who is clearly evenly yoked with her, argues that Nigeria is not poor, because he and his cabal entourage took the most private jets in history to Nairobi; he says that, that Nigeria has Dangote, the world’s 25th richest billionaire—one of the culprits who benefits from government enforced oligopolies that ensure 100 million Nigerians are desolate, living below the dollar-a-day mark—that billionaire’s like Dangote prove we are a ‘rich’ people. A child will say that because he eats three times-a-day, the whole world does so too.

It is a wonder how with these children, Nigeria has gotten along this far; but clearly Nigeria has reached the end of its survival under the rule of children, even with the supervision of the media (adults) and new generation youth (parents) and other vocal outlier (parents) critics.

For the dead, maimed, kidnapped, poisoned, robbed, raped, it’s been way too long already that we the adults of Nigeria didn’t grab the steering from the kids. And for us, if we do not pull them off the stool now, and take control, we will crash so horribly, it will be the most epic recorded human catastrophe read in history books of the future.

What date do we get them out of the driver seat, stuff their mouths with a pacifier and fasten them in their strollers? Our 234 girls in the bushes, married and raped by terrorists (terrorists made and tolerated by our children in power) for three weeks, deserve this at the very least from us.