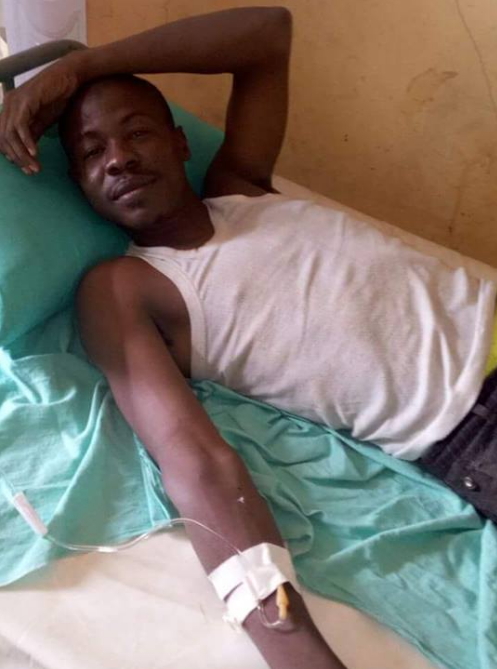 Missing Hausa singer Ado Daukaka kidnapped from his home at gunpoint on Friday has been found.

The popular Adamawa-based Hausa singer was kidnapped by some unknown men days after he released an anti-corruption song titled “Gyara Kayanka”, meaning “Let us do the right”.

He was found few hours ago at a public hospital in Lamurde.

Social media critic claim that the singer is fond of cooking up stories for publicity stunt and that nobody should take him seriously.

This is the latest photo of the singer.