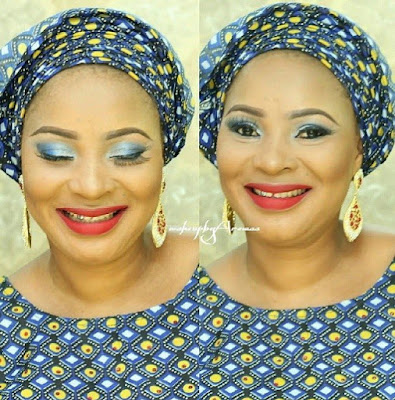 NG source in Canada just revealed to us that pathologists have finally released the body of Moji Olaiya to his brother, Femi Olaiya.

As at 7pm Toronto time, the body of the humble actress is ready to be transferred from Scott Funeral Home in an airtight tray to Pearson International Airport for onward shipment to Nigeria.

Mr Femi Olaiya and Toronto-based Juju star Yinka Farinde are in charge of the final preparations to ship the corpse to Lagos.

She will be accompanied home by two other Canada-based Nigerians who volunteered to be at her burial.

Her baby daughter is expected to travel with those accompanying the deceased actress home.

On why Moji Olaiya’s body stayed too long in Canada, NaijaGists.com source said the Canadian government didn’t release the corpse on time since the first autopsy wasn’t successful.

The source added that the autopsy took 4.5 days to complete in order to ensure there is no fowl play in the death of the actress.