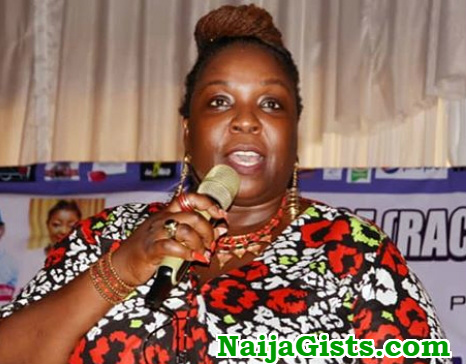 How did you get the role of Mama Ajasco?

They were auditioning for the role, and they needed a plump size woman. And the production manager then, Lekan Ayinde, called me and told me that they would like to try me for a role in Papa Ajasco.

So, I went there, and I met a lot of women; they were older and bigger than me. I was actually the youngest among those that came to audition for that role.

But when they saw me they were not quite sure how I was going to do it, being that I was quite young for the role.

But when I finished acting, Wale Adenuga Snr. really liked what I did and said that with makeup I could play the role. That was how I started playing the role of Mama Ajasco. And it’s been beautiful 10 years down the line, and I am very grateful to God. 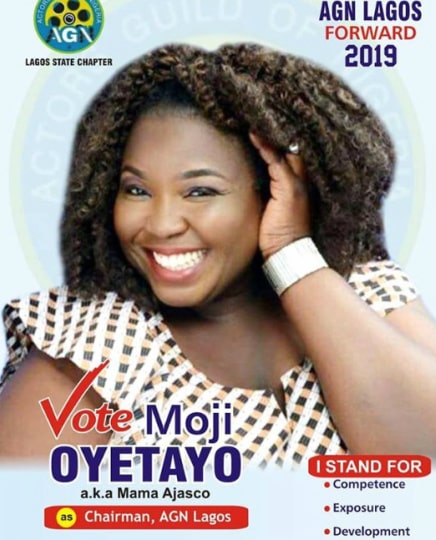 How has it been playing the role of Mama Ajasco?

Most people always expect me in real life to look like an old woman. My character as Mama Ajasco and myself are two different people. In life as a person, I am really up going, extremely mobile; outgoing, social, playful; I am very hip hop. And Mama Ajasco is a ‘mother, mother’ kind of person. So, when they see me in real life, they are taking aback. So, it’s been a challenge, people expect me to look in a certain way, and I am not someone you can conform to anything. I am a different person. My name is MO (Moji Oyetayo). Mama Ajasco is a character. And when you see me on the street, I am hip hop, upwardly exposed. So they don’t clash. Then again, people expect you to speak in a certain way. I read English; I speak phonetics in real life. But when I am acting the character of Mama Ajasco, I go back to Nigerian English. So, when they see me outside the screen, they are surprised to know that I speak so well. I tell them Mama Ajasco is a character. So, that usually makes me laugh. Then they also expect me to look older. So, when they see me they say that my face is so young, and I tell that it is makeup that makes me look older.

How have you been coping with male admirers?

I don’t have to be an artiste to have admirers. I am naturally an attractive woman. I am an African woman, with all the endowments… So, basically, if I wasn’t an actor, I will still have a lot of admirers. Discipline is everything; I am a very disciplined person. But then again, it is not a crime to admire somebody, just use your eyes to see. You can see, but you can’t touch. You can pass a comment but you can’t touch. I am a very friendly person, I smile and I say thank you and I walk away. It is when you want to encroach into my space that I tell you that you need to back off. But outside of that I have not really had any degrading or terrorizing moment…

No, it is not embarrassment. It is fascination. People see me and many of them exclaim with surprise with the usual ‘is it for real look’. They thought I was padded, until they see my one on one. I think I am what God wanted me to be. He specially created me the way He created everybody. My size has not been a deviation for me; I have embraced it because if you don’t embrace it nobody is going to embrace it for you. And I love it the way it is, and so far the roles that have come to me are based on that. It has worked to my own advantage. What is your opinion about love? I am a very private person. It takes two to tango. I think sometimes, what we expect about love become too much of what we watch on telemondo, that confuses reality. But I think love is about two people coming together, understand each other and respect each other, with a lot of communication. If there is communication and there is respect, I think every other thing will fall into place. I don’t have any fantastic dream of what love should be. I just know that if my partner loves me he should respect me; he should give an ear to what I am saying. If he has to scold me he should scold me privately, and then we should learn to come to a compromise. I am an adult; he is an adult. I can’t start restructuring him at this age.

Tell us how your journey as an artiste started

It started about a decade ago. I came into the industry as a photographer. I used to be a photographer, working behind the scene. I joined the 12 Ambassadors of Nollywood reality TV show, produced by Paul Obazele and sponsored by Unity Bank then. I was one of the 12 Ambassadors, and that launched me into Nollywood on a grand scale basically. I have always loved the art; I have always been fascinated by entertainment. Growing up, I thought I was going to be a newscaster; I wanted to be a broadcaster basically but that didn’t work out. Then I felt the closest thing to broadcasting was acting. I just wanted to be on television. I love the art; I am wowed by music. So, I knew I was going to end up in front of the screen. I like Genevieve Nnaji, I love Joke Silva, I like Bimbo Akintola. I love Liz Benson; I like Regina Askia. I really liked a lot of them growing up; they were so beautiful, so eloquent. You will notice that the people I am calling were so eloquent in diction. I am crazy about the way people take their lines; I love diction, and the way these people delivered their lines with such eloquence is beautiful. So, I felt that if these people can do it then I can do it. At some point I was in Next Movie Star Reality TV Show. I was like the artiste manager in-house for the housemates, and of course, many of them were in some television series. So behind the scenes they used to do jobs and I used to watch them. Then, one of those days John Njamah was directing a television series titled D8 (Dormitory 8), and he was telling one of the artistes to do something but the artiste kept making the same mistake each time. And I understood what he was saying. So I just left where I was taking pictures and I explained to the artiste what the director wanted. I actually acted it, and everybody was impressed, that I did it flawlessly. That was how they the role to me. It was really lovely; in fact I fell in love with acting. That was how the passion for acting started. So, thereafter, I went to feature in other programme and from there I was inspired and I came into the movie industry. And then I have featured in uncountable movies. I like my face; I like the way my face looks. You can play around a character for me. I am not the kind of person that you will say that I can play only mother’s role or a child’s role. I can play different characters. I have been able to play different characters. In ‘Papa Ajasco’, I am like a mother figure, African housewife; in ‘Jenifa’ series, I am a principal; in ‘Daughters of Eve’, I was a gangster. So, I have transited into different characters in so many series and movies that I really do love the fact that I can play different roles. I am not stereotyped actor.

Looking back now, how has it been?

I thank God for the journey so far. It has not been easy. But as you know, the journey is not for the swift. It is for those that God has called for it. I have been doing well; it is slow and steady wins the race. In the last 10 years I have been able to build a profile for myself. As a professional actor and voice over artists, my undying passion for creativity, love for art, self discovery and almighty God has been the driving force for my sustainability and success stories.

Why do you want to be the next chairman of Actors Guild of Nigeria, AGN, Lagos State?

Because it is time for change; it is time for a female to take over as chairman. Everything in life has time. I think I have my own quarter to contribute. My mission is to also empower the women in the guild, the elderly, especially. Most times people don’t call them for jobs anymore, but these are the fantastic veterans that we watched growing up. I have plans to empower them; I have plans for the up-comers also.