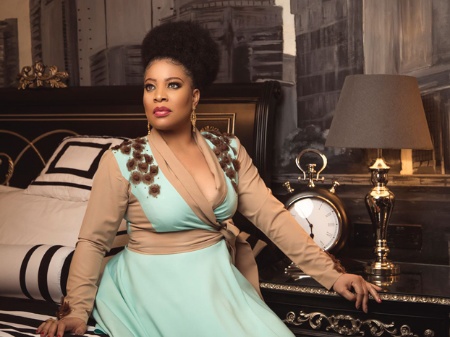 After several months of intense planning and high-net-worth meetings with various stakeholders, multi-talented Nollywood star, Monalisa Chinda-Coker is finally poise to thrill and tantalise Africa with the grand return of the season three of her celebrated and multiple award-winning TV talk-show, ‘’You & I With Monalisa’’.

Amazingly, the theme of the very explosive, entertaining and educative third season of the premium and well sought after TV show is, Made In Nigeria.

In a brief chat, elated Mrs. Coker, who is a Theatre Arts graduate of the University of Port-Harcourt, disclosed that this super season three of her epoch TV show proudly hosts an inspiring list of influential entrepreneurs and silent achievers who willingly and happily shared their soul-enriching stories to, You & I With Monalisa, exclusively. 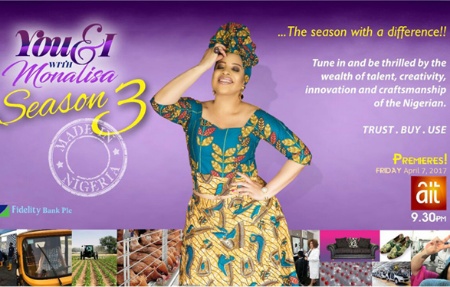 “This third season is surely going to incite a national re-awakening, inspire our nation to think deep, disrupt the universe and create world-class products in this age of too much average,” she stated amid smiles.

“It’s time we realize entrepreneurship is not just a means to earn an income, it’s also a higher call to solve major problems,” she added.

You & I With Monalisa, which has continued to enjoy rave reviews within and outside Nigeria since inception, has featured prominent celebrities and role models like Tonye Cole, Lanre Olusola, Ayo Makun, Mai Atafo, Charles Novia, Liz Benson among several others.

The season three of You & I With Monalisa is proudly sponsored and supported by Fidelity Bank Plc.

Continue Reading
You may also like...
Related Topics:you and i with monalisa season 3