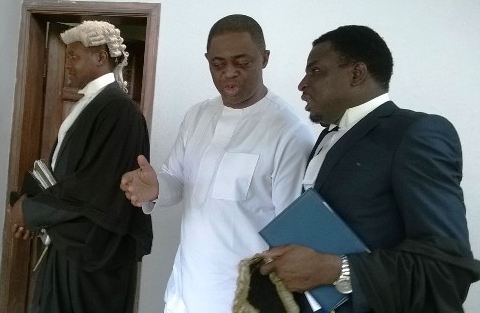 Fani-Kayode was arraigned by the Economic and Financial Crimes Commission (EFCC) on a five-count charge of money laundering to the tune of N26m.
FFK is the sole defendant in the fresh charges numbered, FHC/ABJ/CR/140/2016.

The EFCC accused the defendant of diverting 26 million Naira allegedly received from the ONSA while Sambo Dasuki was in office.

The anti-graft agency also accused him of handling the said N26 million without going through financial institution as required under the Money Laundering Act.

The embattled former minister is already facing 17-count charge of money laundering before the Lagos Division of the court, along with a former Finance Minister; Nenadi Usman, Danjuma Yusuf and a firm; Joint Trust Dimension Nigeria Limited.

They were charged with unlawful retention, unlawful use and unlawful payment of money to the tune of 4.9 billion Naira.