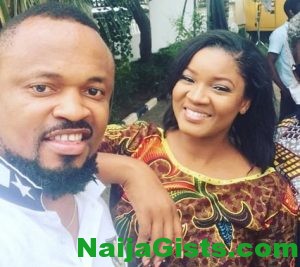 The producer of crime thriller Alter Ego, Moses Inwang on Sunday gave Omotola Jalade Ekeinde a big shout out for her incredible performance in the movie.

Here is what the producer whose wife recently delivered a baby in Atlanta Georgia wrote on Instagram about the success of the movie. 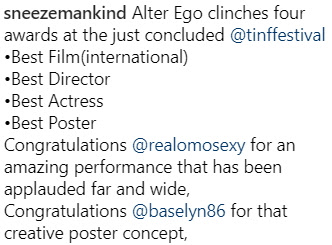 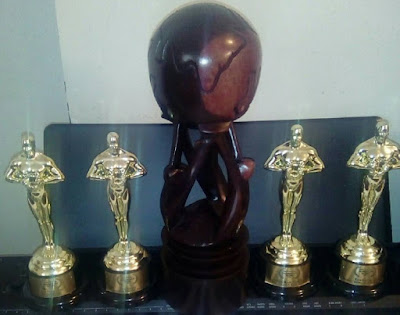 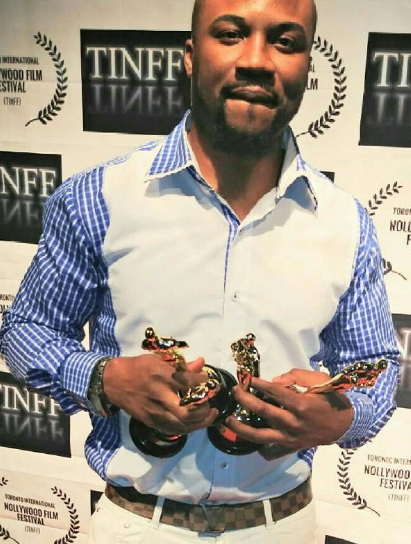 A cast member of the movie, Bobby Obodo picked the awards on the behalf of Omotola and others.

Fathia Balogun: My Mother Sold All Her Properties To Send Me & My Siblings To School
To Call A Woman Sexy Is To See Her As Sex Object- Fast Rising Nollywood Actress Argues