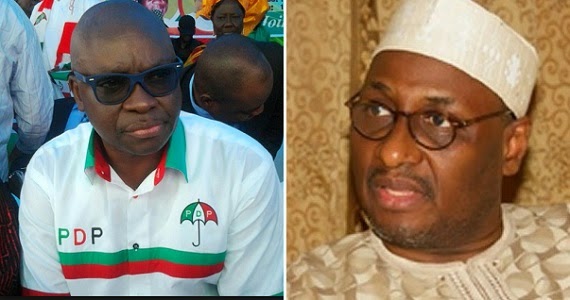 May 7, 2015 – Muazu Mocks Fayose Over Buhari’s Death Wish,  Tells Him To Release Evidence Of His Association With APC

PDP National Chairman Adamu Mu’azu has responded to Ekiti Governor Ayo Fayose allegation of his alleged secret deal with the APC party that led to President Jonathan’s defeat in the March 28 Presidential election.

Today Muazu who is said to have travelled out of the country ordered Fayose to go ahead and release the evidence in his possession.

He also blasted the controversial governor over his death wish ads for Buhari during the last Presidential campaign. 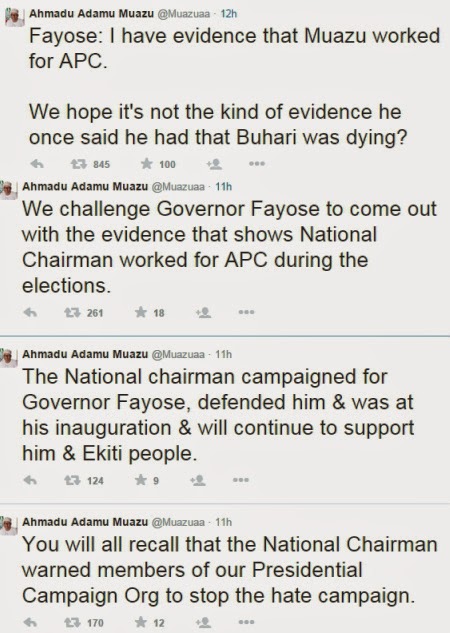