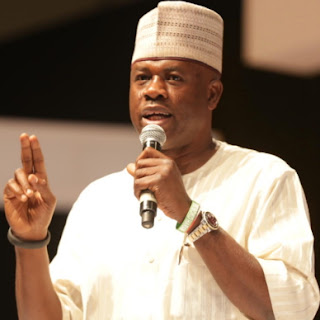 May 7, 2017 – Musiliu Obanikoro Set To Join APC To Get Pardon From Tinubu & Escape EFCC Probe

Ex-Minister of State for Defence, Senator Musiliu Obanikoro, may have made up his mind to dump the opposition Peoples Democratic Party (PDP) and pitch his political tent with the ruling All Progressives Congress (APC).

Koro, as he is fondly called, according to reliable sources, has been making overtures to leaders of the ruling party as part of efforts towards his joining the APC.

The Nation at the weekend gathered that baring last minute changes, the former governorship candidate of the PDP will join APC in a matter of days.

According to sources within the ruling party in Lagos State, leaders of the APC will be discussing the defection plan of Obanikoro this week.

The decision to look into his request to join the party followed what some sources described as a positive nod from the national leader of the party, Asiwaju Bola Ahmed Tinubu.

It was however gathered that Tinubu initially showed reluctance to Obanikoro’s return to his political camp which he deserted over a decade ago to join the then ruling PDP.

But the national leader soft pedalled on his stance after the former Minister reached out to some prominent Lagosians to intercede on his behalf before Tinubu.

We gathered that Tinubu eventually agreed to meet with his erstwhile godson after much pleading.

“It was after the two met that Obanikoro started getting good response from APC leaders in his quest to join the party. Many prominent Lagosians, including monarchs and business moguls, intervened on his behalf.

“And when he met Asiwaju, he apologized profusely for his past misdeeds and political miscalculations. You know Asiwaju has a large heart. It appears he forgave him and gave a positive nod to his quest to join the APC. Following that, Obanikoro met and discussed with several other party leaders.

“It is likely that the party leadership will formally discuss his request to join the APC this week. It is most likely that he will be considered positively.

On his part, the former Minister is not leaving anybody in doubt that he is ready to join the ruling party.

There are even talks that he nurses a return to the senate on the platform of the APC come 2019,” our source added.