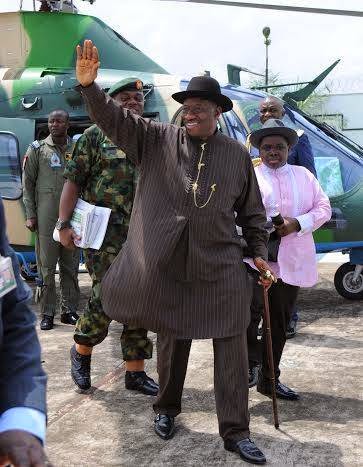 Few hours ago, the web went agog with an unconfirmed report of the current net worth of President Goodluck Jonathan.

The report produced by RichestList revealed that Oga On Top is Africa’s 6th Richest President with an estimated Net Worth of $100M.

The unconfirmed story has infuriated President Jonathan who just released a press statement via his Special Adviser Reuben Abati to debunk the report.

Read the press statement below:

We have noted with consternation the listing of President Goodluck Ebele Jonathan by a website – RichestLifestyle – as the sixth richest African President with an estimated net worth of $100 Million U.S. Dollars.

The Presidency condemns the totally unwarranted inclusion of President Jonathan in the publication titled “Africa’s Richest Presidents 2014” as another attempt to unjustifiably portray the President as a corrupt leader and incite public disaffection against him.
We categorically assert that there is no factual basis for ranking President Jonathan as the sixth richest African Head of State with a net worth of about $100 Million U.S. Dollars.

As is well known, President Jonathan has never been a businessman or entrepreneur, but a life-long public servant. The President has held public office since 1999 and has regularly declared his assets as required by Nigerian laws. He has had no personal income since 1999 other than his official remuneration as deputy governor, governor, vice president, acting president and president which are matters of public record.

There has been no significant variation in the totality of his personal assets as contained in his last declaration to the Nigerian Code of Conduct Bureau in 2011 which, as can be verified, was a very, very far cry from the $100 million figure now being bandied about by Richest Lifestyle.com and other irresponsible, copy-cat publications.
The clear and unacceptable imputation of the claim that President Jonathan is now worth about $100 Million is that the President has corruptly enriched himself while in office which is certainly not the case.

We therefore demand a retraction and an unreserved apology from Richest Lifestyle.com and all those who have reproduced the offensive article.
Otherwise, they should be prepared to substantiate their libelous claims against the President in courts of law within and outside Nigeria.