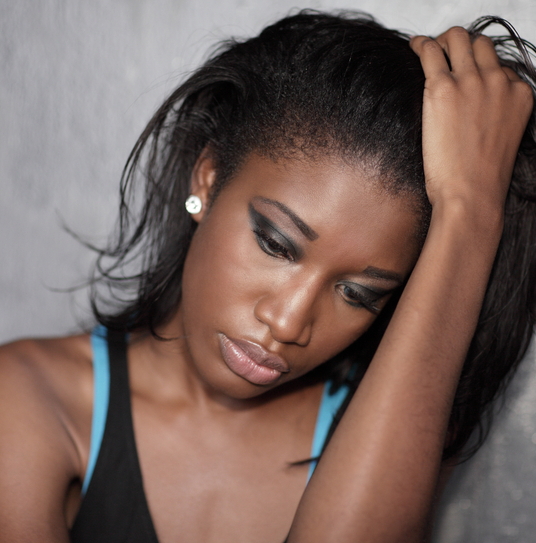 Nov 1st, 2015 – My Encounter With A Severely Depressed Nigerian Woman At A Shopping Mall In Dubai

A couple of years ago, I ran into an old schoolmate in a mall in faraway Dubai. We were ecstatic; we hadn’t seen each other since we left secondary school and that was like light years ago in our human eyes.
I wondered how she recognised me after many years. “I was sure you were the one. I followed you around in a shop for a few minutes before I approached you.

You haven’t changed much. You still sport your low cut…I knew it was you, only that I couldn’t remember your name,” she gushed. We had moved to a coffee shop and tried to catch up on old times over cups of cappuccino.

She was looking great. Obviously, life had been kind to my marrer. We talked about this and that until we got personal. Her eyes misted. She was nursing some issues that hurt to her marrow. Her veneer of composure cracked and she sobbed.

That was the end of my shopping for that day. People threw furtive glances at us. It appeared she was bearing a burden that was heavier than Christian’s load in John Bunyan’s book, Pilgrim’s Progress, and was at the point of cracking up.

“I came here (Dubai) on holiday to try and get myself together. Jules, at times, I wish everything would end,” she said. I was alarmed. We left the coffee shop to my hotel room.
For the next five hours or so, she poured out all the bile, the frustration she had borne within her for years. The feeling of despondency and inadequacy she exuded was alarming. She was depressed. Depression is a medical condition.

She could get medical help, I told her, and she stared at me in a funny way. “You want me to see a psychiatrist that treats mad people?” She gasped, incredulous.
Put that way, it sounded horrible. “No dear. I just felt a mental health counsellor could be of immense help to you. Depression is an illness,” I explained in my most soothing voice.

She understood, I was glad. She decided to see one there in Dubai because she didn’t want to be seen near a ‘mental home’, in Nigeria. A lot of us lug loads of hurt, disappointment and frustration about everyday.

Very few people can handle it alone. Many need help, but unfortunately, very few seek help. Mere talking about it could be of immense help to the depressed.
However, a lot of us would rather not let our loved ones know of our secret fears, aches, inadequacies…maybe because too much is being expected of us and we do not want to let our loved ones, who see us as superhuman, down.

But really, instead of bottling up, we should learn to talk about our fears, disappointments, love gone sour, weakness, frustrations and health challenges. It doesn’t make us less of human beings. Let those who will celebrate our success join in mourning our failure.

I was angry when I learnt of the death of British actor, model, and television personality, Sam Sarpong. Sarpong, died at age 40 after an apparent suicide. Suicide is a sin.

Reports had it that the late star ’s loved ones and police officers spent seven hours communicating with him on Monday as he stood outside the railing on the Colorado Bridge in Pasadena, California, before he jumped to his death. Then, I imagined that he could have been under intense pressure.

He could have wrapped up so much secret pains, frustration to the point that something snapped in him…something that pushed him to that point of no return.
I became sad. I was sorry for him. I became angry with the society that made it a crime for a man to cry, that made it a kinda sin for a man to admit failure.

Sarpong’s death is devastating. I could imagine how his loved ones would have felt while they reached out to him as he stood on the railing of that bridge… the pain and the horror! So many other people, young and old, had taken that heart wrenching exit.
Those who had lost loved ones through suicide, I’m sure, would wish they had another chance with the deceased to make amends. They would regret the words and actions that could have killed the zeal to live, but by then, it would be too late.

I’m wondering, just wondering…isn’t it possible that we just accept people the way they are, warts et al?
Isn’t it possible to take a second look at that individual and let him know that words and their opposites exist for a reason? Isn’t it possible for us to care enough to know when someone is hurting so much? To me, they are all possible! Today is the beginning of November.

May our horrors remain in the past and may God answer our positive prayers this eleventh month in Jesus name. Happy New Month.