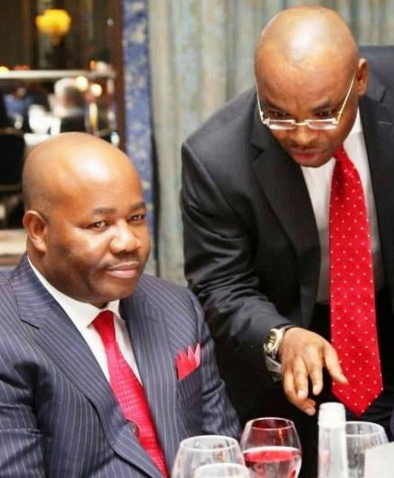 We can authoritatively report that the election tribunal for Akwa Ibom State has invalidated the election results in 18 out of 31 Local Government Areas (LGAs) in the State. According to the All Progressives Congress (APC), “some other LGAs did not comply with the provisions of the law. It holds that 566,436 voters were disenfranchised.”

Among the LGAs nullified by the tribunal were Etim Ekpo, Uyo, Nsit Ibom, Nsit Atai, Etinan, Ibesikpo, Onna, Ibeno, and Ikono. However, it is unclear if the Speaker of the State House Assembly will be sworn in as the tribunal failed to order the Speaker’s swearing in.

According to the All Progressives Congress (APC), “some other LGAs did not comply with the provisions of the law. It holds that 566,436 voters were disenfranchised.”

Speaking with SaharaReporters the lawyer for the APC, Mr. Assam Assam stated, “the Governorship election [of Udom Emmanuel] has been annulled in 18 LGAs, effectively meaning the Governor no longer has 25 percent of the vote in 21 LGAs, requiring a rerun election.” He added that a new appeal will be made for the remaining LGAs to be annulled.

The election tribunal issued their nullification order, despite rejecting the Card Reader accreditation report and the forensic report of the petitioners’ experts. The tribunal believed that the Card Reader does not have the backing of the law, and cannot be used as the sole evidence to prove over-voting. In addition, the tribunal dismissed the petitioner’s experts as incompetent, and therefore their forensic report could not be accepted.

The Akwa Ibom Democratic Project for Justice and Equity had previously accused the former Governor and Senate Majority Leader, Godswill Akpabio, of bribing the electoral tribunal with N5 billion.

News of this nullification comes days after Godswill Akpabio, the current Senate Minority Leader and former Governor of Akwa Ibom State, had his election upheld in an Election Tribunal despite evidence of systemic irregularities and accusations of fraud.