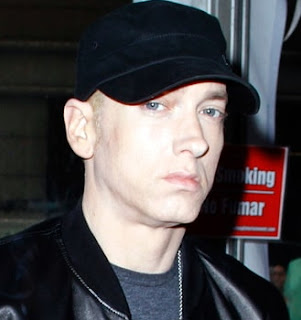 A political party in New Zealand has been ordered to pay more than $400,000 to a U.S. rapper, Eminem, for using music similar to his in a television commercial to help win an election.

A track entitled “Eminem Esque’’ which played during the National Party’s successful 2014 national election campaign, was found by a New Zealand court to have substantially copied Eminem’s 2002 hit – Lose Yourself .

The court held that the National Party used the song 186 times during the campaign before taking the advert off the air.

“This decision is a warning to sound-alike music producers and their clients everywhere,” Adam Simpson, director of Simpsons Solicitors, who acted for Eminem’s music company, Eight Mile Style, said in a statement.

The National Party said that the music was licensed with one of New Zealand’s main industry copyright bodies, the Australasian Mechanical Copyright Owners Society (AMCOS).

“Being licensed and available for purchase, and having taken advice from our suppliers, the party believed the purchase was legal,” National Party President Peter Goodfellow said in a statement.

“The party is now considering the implications of the judgment and the next steps. We already have a claim against the suppliers and licensors of the track,’’ it said.

“We anticipate that all the defendants will meet to discuss the implications of the decision in the very near future,” copyright body, AMCOS, said in an electronic mail.

AMCOS hailed the decision as an important step toward resolution of the matter.

The publisher had exclusive control over the song, and rarely gave permission for its use in advertising.

“It was no coincidence that the works sounded the same.

“The undeniable inference to be drawn from the evidence is that the composer of ‘Eminem Esque’ had ‘Lose Yourself’ in front of him at the time of composition,” it added.