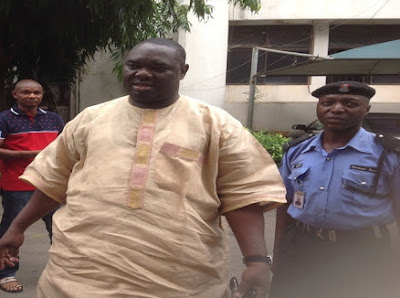 May 6, 2016 – Chris Giwa Arrested At NFF Secretariat Today Weeks After Court Imposed Him As President

The court-imposed President of the Nigeria Football Federation, NFF has been arrested by officials of Abuja Police command.

Mr Chris Giwa was arrested at the NFF Secretariat today during a familiarization visit.

Giwa arrived this afternoon around 4pm in the company of his executives to inspect the offices but on getting to the NFF Presidential office, they noticed it has been locked

It was at this point that Giwa and his board members came out of the building to attend to the press. 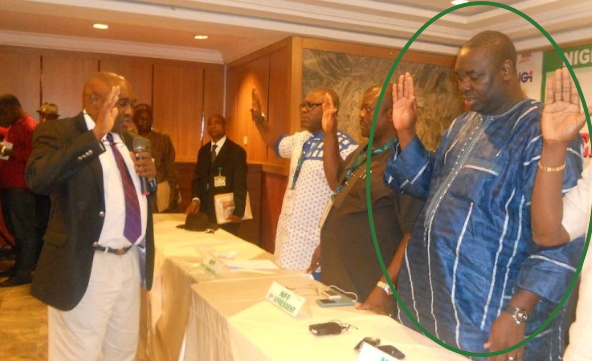 Before his arrest, Giwa told newsmen that he came to the NFF office today after a court ruling he got on the 8th of April 2016 imposed him as the President of the NFF.

“The ruling gave me the permit and the right to be here today. I didn’t come in here with police; as you are aware, policemen have been here to do their duty of guarding the premises. “By the grace of God, by Monday I am going to address the press here (NFF secretariat)” Giwa said

He was arrested shortly after the speech.