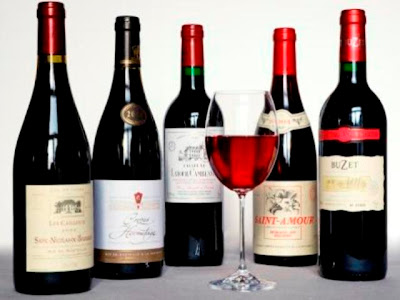 According to a new report released by Euromonitor Int’l, a global market research company, Nigerians spend an average of N41.41 billion on champagne yearly.

The report indicates that Nigeria is the second fastest growing market in the world for champagne, noting that between 2006 and 2011, it achieved a compound annual growth of 22 percent.

Total champagne consumption reached 752,879 bottles (75cl) in 2011, higher than consumption in Russia and Mexico; therefore, placing Nigeria among the top 20 champagne markets in the world.

In 2010, Nigeria consumed about 593,000 bottles, the highest consumption in Africa. The closest to this figure was South Africa, another country that has been identified as an emerging market for luxury goods, in addition to Nigeria. South Africa’s champagne consumption was 384,000 bottles in 2010.

“Nigerian champagne consumption is quite big,’’ says Charles Armand de Belenet, global marketing and communications director, at Pernod’s GH Mumm and Perrier Jouet Champagne brands, saying “we are building our network here and it is one of the most attractive places for us at the moment.”

It took the European markets by surprise that Nigeria could rank that high in global champagne consumption. Looking at the list of the markets expected to post the strongest gains in total champagne volumes over 2011-2016, France tops the list followed by United Kingdom. Brazil and China are not missing out so are the United States and the upbeat Australian market.

“However, what did come as a surprise was Nigeria’s second place in these global rankings,” says Spiros Malandrakis, senior alcoholic drinks analyst at Euromonitor International, in a keynote presentation at the 2012 Champagne Assembly held in London.

“And the audience’s disbelief was palpable. No-one challenged the data directly and yet many seemed to politely take it with a grain of salt – if only in the light of the dominant, overoptimistic analytical perspective that sees the European debt-crisis saga coming to a happy ending by the end of 2012. Why bother with Nigeria anyway if Europe was about to start popping bottles again in the immediate future?” he says.

Be that as it may, Nigeria’s place in the global consumer market for champagne may have come to stay. The Rose varietals and vintage have been in demand in Nigeria, hence, analysts believe this will increasingly inform the industry direction in 2013.

A visit to the Tiamiyu Savage office of Ekulo Wine World shows that a bottle of Rose champagne is sold for N77, 000, while Demi-set brand is N55, 000 per bottle. Krug and Crystal brands fall among the most expensive, with a bottle going for N165, 000 and N275, 000, respectively.

It is not only European wine producers that are looking into the Nigerian market, distillers from South Africa are also catching in. Wines of South Africa (WOSA), an association of South Africa’s wine exporters, has also seen Nigeria as a promising market.

“Many of the global luxury brands have entered the Nigerian market,” Su Birch, CEO of WOSA, tells Euromonitor International, “and these include several famous-name spirits, as well as champagne brands whose products are being welcomed by the country’s affluent consumers. We know anecdotally from a number of South African producers that there is a robust appetite for premium wines.”

Rasheed Gbadamosi, a former economic adviser, says the Nigerian wine industry can blossom even though grapes are not grown in the country. For him, it is not about production of alcoholic wines, fruit wines can be manufactured locally.

“Grapes are not grown here, but they can be imported. If those distillers can penetrate the Nigerian market then we must begin to look at ourselves rather than what others are doing,” he notes.

9 thoughts on “Nigeria Ranked 2nd Largest Consumer Of Champagne In The World At 752,879 Bottles Yearly”