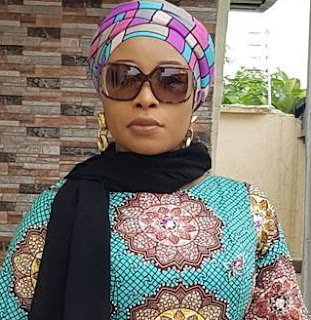 January 12, 2018 – Liz Anjorin: I Converted To Islam Because Over 10 Churches Rejected My Mother’s Corpse For Burial

The hard working filmmaker who is now dedicating more time to market her new clothing store went back the memory lane on Thursday to the time of her mother’s burial about 5 years ago.

While defending her decision to convert to Islam, Anjorin said her mother became a Christian because some churches helped her when she was homeless and when she eventually died, some pastors rejected her corpse for burial. 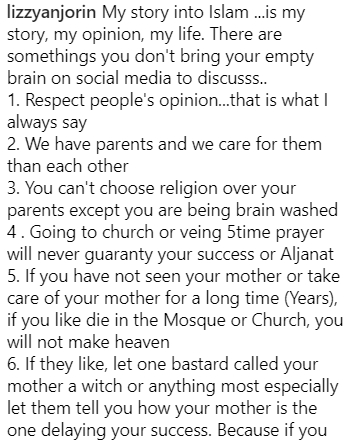 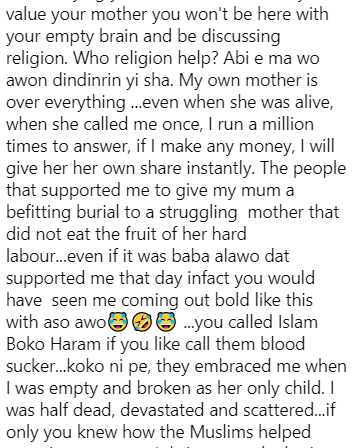 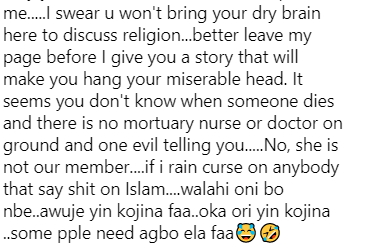 So she converted to Islam because of sentiment… What a way to change one’s faith.