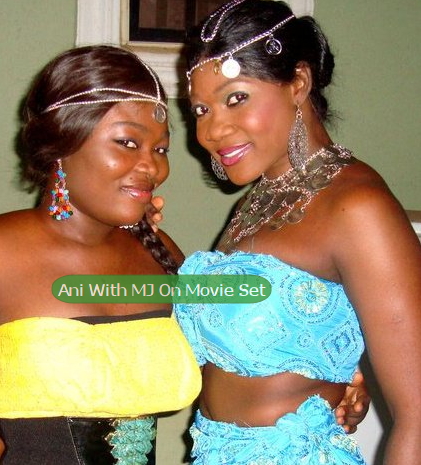 The CEO of Effixzzy International  Magazine, Nollywood actress-turned movie producer Ani Amatosero has exposed the dirty secrets of some desperate female movie stars who plan to become a star overnight.

The actress who is set to premier her first movie titled The Squeezed soon claims sexual harassment is a two way issue in Nollywood.

Ani Amatosero said most of them do pester movie producers with sex in order to secure movie roles.

Hear the actress in her own words:

“Sexual harassment is not a new thing to any grown girl. It’s not just in the movie industry but it’s also in the banking industry, the private sector generally and even in our universities. I am wondering why that of Nollywood is always a big deal to people. Some times some girls harass men though. And the reason is that  some desperate girls who think Nollywood is all about sex come into Nollywood with the mindset of sleeping their way to the top and    so they harass the men. But it’s not always like that. There are some producers and directors who believe in what you can do and how to help you improve on your acting skills   and not for what is under your skirt. It’s so sad that people now see actresses like girls who must sleep their way to get to the top. The desperate ones are the ones who fall into such traps. They come into Nollywood and they don’t want to grow. They want to fly to the level of Genevieve and Omotola overnight and earn what they earn forgetting the fact that they grew gradually into what they have become today. Growth is a gradual process.”

Ani is not the only one exposing the dirty secrets of desperate Nollywood actresses, popular Yoruba actress Moji Olaiya said the same thing few months ago. Read the interview here.