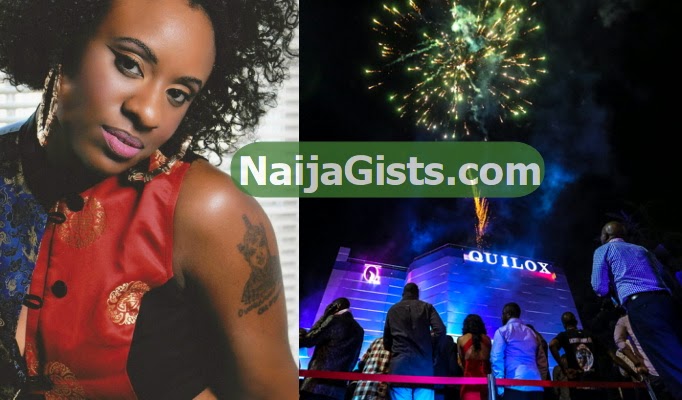 The prestigious Quilox Restaurant & Bar teams up with Janelia and JaneliaSoul Band to bring a new and unique event called “Open Mic Night at Quilox”. This is a live music, entertainment and business networking event; more importantly, it is called “Open Mic Night” because it gives artistes, musicians, singers, lyricists, dancers and comedians an open forum where they can drop by, perform or freestyle. Lyricist may also compete in the cipher or rap battle and there are prizes available for the winners.

Hosting and headlining the event is Nigerian-American singer & performing artiste, Janelia AKA JaneliaSoul. Her 8 piece band collectively known as “JaneliaSoul Band” is the bandstand for Open Mic Night and they will be playing jazz, soul, reggae, afro-beat and some of Janelia’s originals. In order to join the show, anyone who wishes to perform at the open mic or cipher must arrive early (6:00pm-7:00pm); put their name on “The List” and perform in front of peers and industry executives. This will give them an opportunity to make new fans and new connections. Performance may either be to CD, solo or jam with JaneliaSoul Band.

What makes Open Mic Night at Quilox unique is that it is a melting pot for upcoming artiste and established artistes as well as business professionals. There are several segments in Open Mic Night and it will showcase every type of act, be it upcoming or established. The segments include the “Cipher Zone” and”Feature Artiste”.