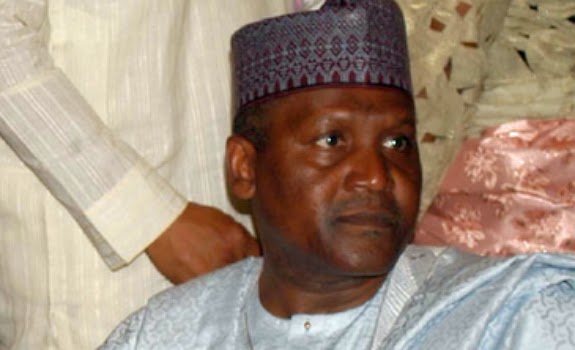 The founder of Dangote Group of Company, Hausa Billionaire Alhaji Aliko Dangote has suffered a big blow in the first two months of year 2015.

The Kano born business mogul who lost $10 billion from his $25 Billion net worth last week has recovered a fraction of the loss within a week.

The good news came from the Nigerian Stock Exchange as market capitalisation is fast inching near N10 trillion from its low of N9.1 trillion a few weeks back.

Continue Reading
You may also like...
Related Topics:aliko Dangote, loss, net worth, recovers