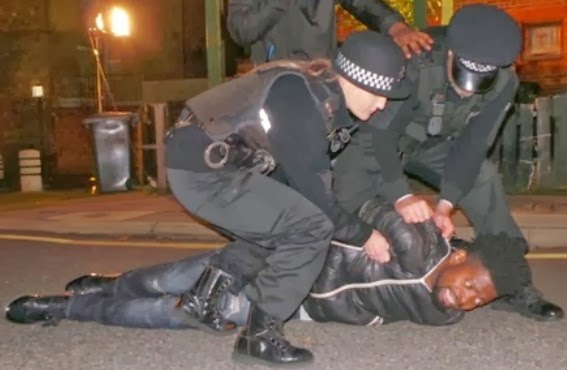 One of the biggest names in Naija comedy industry, Bright Okpocha aka Basketmouth was recently arrested on video in London for allegedly beating a teenager.

In this latest comedy skit for his upcoming show in London tagged, Basketmouth Uncensored Valentine 2014, he was knocked to the ground by two police officers after slapping one of the boys he was chatting with.

Watch the comedy skit below.