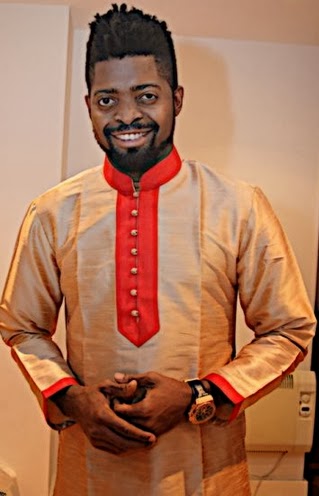 The richest comedian in Nigeria, Mr Bright Okpocha is about to get a serious set back following what sources called a stupid joke he made this morning.

Few hours ago, comedian basketmouth took to his social media pages to crack a joke that seems funny in the beginning but towards the end, it turned bitter.

The joke was about white girls vs African girls dating. Towards the end of the joke, many fans argued that the comedian actually encouraged rape.

Most of his fans think the ‘stupid’ joke might lead to the termination of his multi million naira deal with Globacom.

Moments after the joke went viral, the popular comedian apologized and assured fans he will never encourage any form of violence against women.

Read the joke below: 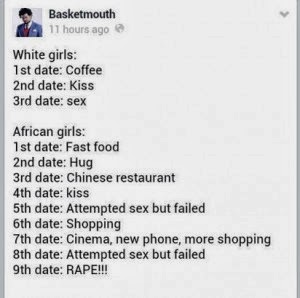 He has since apologized for the careless joke. 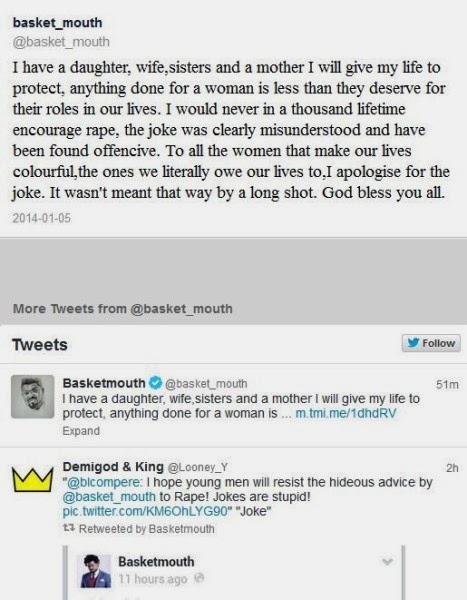