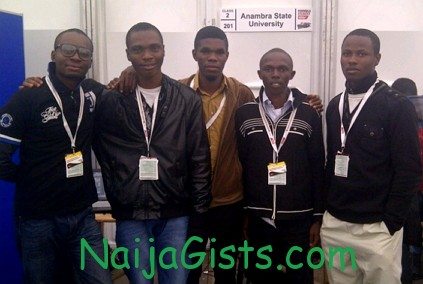 Amidst Nigeria’s struggle for relevance in the global technology sphere, some Nigerian undergraduates have imprinted the country’s name on the stone by clinching the title for the Best African representative and Best New Comers at the July 2012 Formula Student Competition where they were charged with the  task of designing and constructing a formula race car. 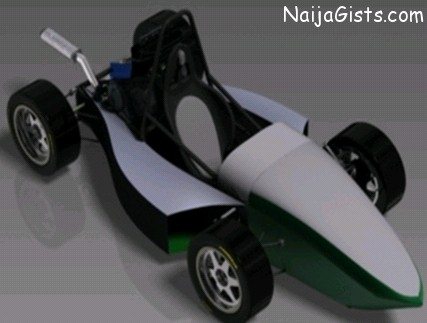 The Nigerian undergraduates (christened The NUTA_BOLTS Team) who are currently studying for a various Engineering degrees at the Anambra State University were Nigeria’s sole representative at the annual event whose 2012 series took place in Silverstone Circuit, Northampton, UK. Six other African universities (five from Egypt and one from South Africa) also participated in the competition the competition that drew contestants from 222 universities around the globe.

The Formula Student is an educational motorsport competition, run by the Institution of Mechanical Engineers (IMechE), in partnership with various well-known companies in the industry. It promotes careers and excellence in engineering, by challenging university students from across the globe to design, build, develop, market and compete as a team with a small single sitter racing car. It provides the students with a real-life exercise in design and manufacture and the business elements of automotive engineering. It teaches them all about team work, working under pressure and to tight timescales. It demands total commitment, lots of late nights, and many frustrations and challenges along the way, but the net result is the development of highly talented young engineers.

The competition starts at the beginning of the university year when teams start to design their cars. They are to assume that a manufacturing firm has commissioned them to produce a prototype car for the non-professional autocross or sprint racer sales market with the intention of selling one thousand units.  To encourage innovation, there are very few restrictions on the overall vehicle design. Successful teams are those who produce a car that is not only fast and reliable, but also low in cost and easy to maintain. The car’s marketability is also enhanced by other factors such as aesthetics, driver comfort and the use of common parts.

The competition offers team the opportunity to undertake real-life challenges and logistics, and develop the skills they will need when they go on work in industry.

For the NUTA_BOLTS boys whose design was judged the 7th Overall Best, fame didn’t just come. They have been working laboriously since 2008 forging seemingly trivial but ingenious designs. The first design they embarked on then was that of a unique Nut and Bolt which gave them the name (The Nuta_Bolts). They went further designing many other components like the key-holder-opener using the conventional lathe machine, they also modeled the speed cone of a lathe machine and later designed a miniature camera. They were on plans to designing and producing a multiple Grinding Machine when the IMechE team visited their school.

Twenty one in number, the team, whom Professor Bamiro (former Vice Chancellor of the University of Ibadan) suggests would make good technopreneurs is armed with strong willed and motivated students from the fields of Mechanical Engineering, Architecture, Electrical & Electronics Engineering, Civil Engineering and Chemical Engineering organizing themselves as a modern company.

The team according to team Leader, Onyenanu Ifeanyichukwu “has already kicked off preparation module to build the car and race it in Silverstone by July, 2013.”

As contained in the communiqué issued at the end of the 21st COREN Assembly where the NUTA_BOLTS team presented a lecture, the government has been “requested to financially support the team to enable them develop, fabricate and commission the race car”. (Source: The Engineering Network)