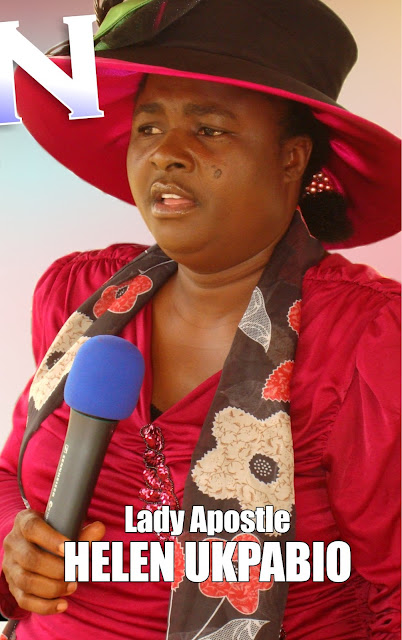 Rights campaigners in the United Kingdom have urged the government to ban Nigerian pentecostal preacher, Lady Apostle Helen Ukpabio from coming into the country. They also want her deported right away, on grounds that her preaches are ‘harmful to the public’.

Ukpabio who styles herself a ‘witch-hunter’ claims any child who cries is a ‘servant of Satan’. The 45 year old preacher and founder of Liberty Foundation Gospel Ministries is reported to be in the UK at the moment, holding a number of church services to promote her belief in witchcraft and offer help to those ‘under threat’ from the wizardry. 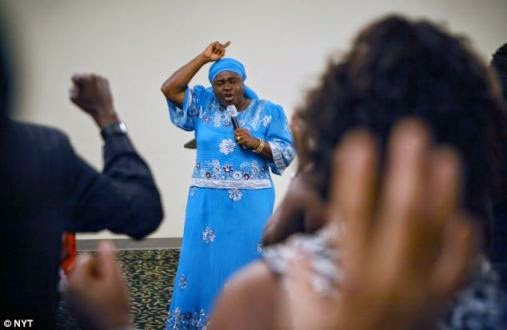 The Mail of London reported today that the Witchcraft and Human Rights Information Network (WHRIN), the Bar Human Rights Committee of England and Wales and the International Humanist and Ethical Union (IHEU) have written to the Home Secretary in an attempt to get Ms Ukpabio deported under the Immigration Act 1971 – on the grounds her presence here is not conducive to the public good.

“In a letter to Ms Theresa May, the campaigners warn: ‘Whilst the Government has moved swiftly to block entry to the UK for Islamic preachers whose presence is considered as harmful to the public good, there have been no cases of Christian pastors facing such measures.’

The groups are hoping the pastor will be banned from returning to the UK once she has completed her final tour.

A poster advertising one of Ms Ukpabio’s most recent talks – which was cancelled after the venue was leaked online – claims to offer help to people who are under ‘witchcraft attack, ancestral spirit attack or mermaid spirit attack’ and claims to help ‘disconnect’ them.

However, campaigners have warned her controversial views are dangerous to children – including the belief that ‘if a child under the age of two screams in the night, cries and is always feverish with deteriorating health, he or she is a servant of Satan’.
[Reported by MailONline]