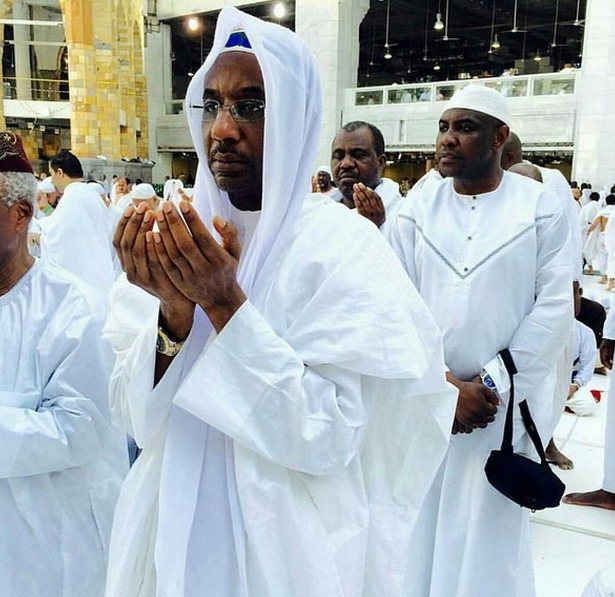 A Nigerian pilgrim yesterday changed the perception most people have about Nigeria and Nigerians, as he returned about N500,000, belonging to an Afghan pilgrim, which he picked up from the Holy Mosque, in Makkah.

The Nigerian, named Sulaiman Bello, from Nasarawa State, was said to have found the waist band containing 2, 345 USD, 303 Saudi Arabia Riyadh and 3,020 Afghan currency, and other document and handed same to his State’s officials, who in turn handed it over to the National Hajj Commission of Nigeria, NAHCON, officials.

For making Nigeria proud, NAHCON Chairman, Abdullahi Mukhtar, while presenting the money to the owner, Haji Mosa Gousdin, in the presence of Sayed Tahir Hashimi, of the ministry of Hajj, Kabul, Afghanistan, and other NAHCON officials, in Makkah, said Bello, would be sent on pilgrimage next year, at no cost of his.

He further said other arrangements would be put in place to honour Bello, so as to serve as a morale booster to other Nigerians, adding that Bello’s action, has gone further to prove that Nigerians are trust worthy, reliable and also have fear of Allah.

According to Muktar, Bello’s action would go a long way to portray Nigeria and Nigerians in good light in the eyes of the world.
Responding, Hashimi, thanked the Nigerian officials for the gesture, saying that such gesture were rare to come by.

“We really appreciate your gesture, not everyone will find these type of money and return it. You have demonstrated the fear of Allah by resisting the temptation of money.
“This singular act would go a long way in strengthening the brotherhood and good relations between Nigeria and Afghanistan. The gesture is equally a testimony that Nigerians are good people, ” Hashimi, added.

On his part, the owner of the money, who counted it to ascertain if the actual amount he lost, was what was found, expressed gratitude to Bello and prayed Allah to reward him abundantly.