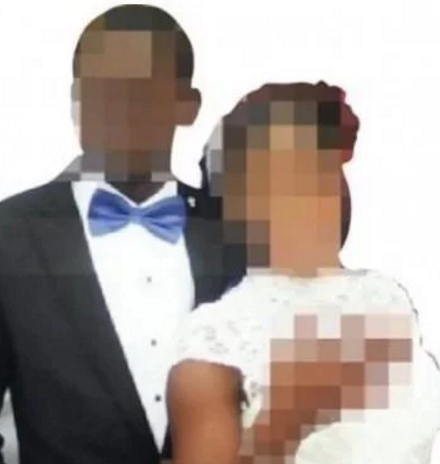 An Abuja-base businessman, Mr Emeka Ndu today lamented at a Jikwoyi Customary court after his wife, who is HIV positive when he married her filed for divorce.

Ella Ndu reportedly dragged her husband to court and asked the court to separate them after she was exposed by neighbours for bringing men into her matrimonial bed anytime her husband who is also undergoing his PhD studies went to school.

While lamenting in court today, Emeka Ndu who still loves his wife very much told the court that he started taking care of his wife when she was in SSS1 up till the University level.

He said when it was time to get married, they went to HIV test but Ella tested positive while he tested negative. He added that he didn’t give up on her but married her for love and compassion even after being warned by Ella’s family members against the decision.

Here is what Mr Ndu said at the aforementioned Customary court in Abuja today: 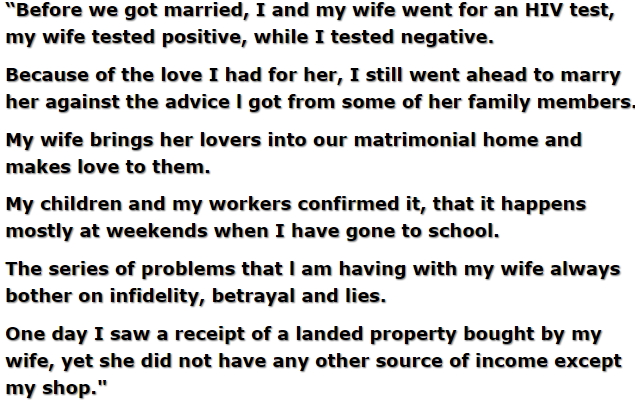 The case has been adjourned till next week Thursday ,the 13th of July for hearing.