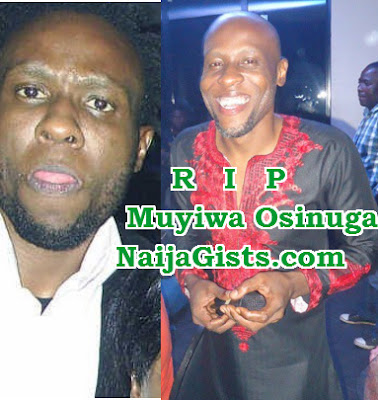 Another source who contacted NaijaGists.com late last night said the singer has been battling depression secretly since his wife of many years rejected him because his career wasn’t thriving unlike when they first met in 2008.

The source said though he wasn’t close to the deceased in the earlier days of his career, he got to know him through a friend when his brother sent him packing out his apartment in Park View, Ikoyi.

We learnt that the 40-year-old singer returned from the United States and went broke. In the process, he suddenly developed Malaria and spent all his life savings on it, the situation forced him to move out of his matrimonial home to his brother’s place in Ikoyi but for undisclosed reasons, he didn’t quite get along with his brother’s wife and the lady, opposed to housing him, would later come up with stringent rules that eventually sent him packing. From the posh apartment on the island, he moved into an undisclosed hotel in Anthony area of Ikeja, Lagos.

After spending months in dejection without access to his daughter and wife, the young man reportedly took his own life on Monday after taking a combination of strong drugs.

The source is yet to reply NaijaGists.com inquiry.

We asked the source if his family knew he committed suicide.

We hope to get a response from the source soon.

Will keep you updated.