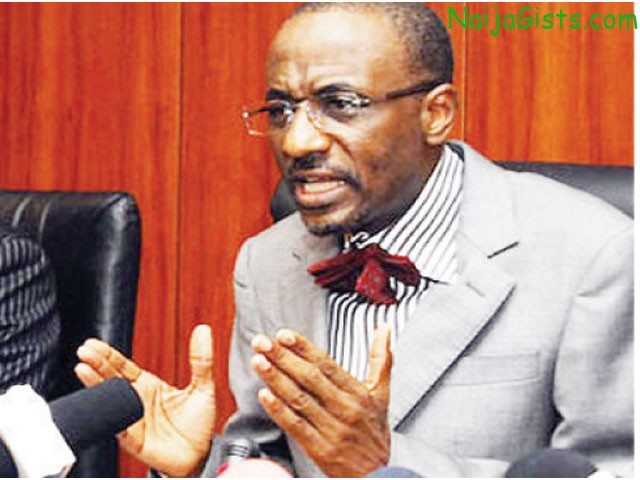 Nigerian Senate on Monday evening has directed CBN to put a stop to plans of introducing 5000 Naira note in January 2013 with immediate effect. naijagists.com

In a press conference in Abuja on Monday, the senate claims the Central Bank of Nigeria has no right to embark on such journey because the consequences far outweigh the benefits.

Here is a comment made by the Senator Bassey Otu, the Chairman, Senate Committee  on Banking, Currency, Insurance and other Financial Institutions

“The  CBN must be very careful in order not to send a wrong signal or message  to households, domestic sector and even the external ones that the  Nigerian currency is valueless, which I believe it is definitely not,  and that for every unit of value they need to carry a large quantity of  cash.”

“As a committee we should do our work, this  morning there is a burning issue that is going on in our country and  there is need for us; as a committee to comment on this topical issue. I  am the chairman of the senate committee on banking, currency and other  financial institutions. We have also read in the papers just like you  about the currency restructuring that the CBN embarked on.

“I  believe that a project of this nature requires parliamentary approval  because there are numerous and fiscal implications on the entire  economy.”The  CBN in 2008 and 2009 came up with a proposal to re-denominate the  currency, that was even to take off the zeroes. This was just 2008 and  2009 and here we are in 2012 we have seeing a kind of policy somersault  even though we understand the dynamics of the sector very well. I  believe that we have to be well briefed on this.

“Also  in 2005, the CBN undertook a major currency restructuring which ran  into billions of Naira. Till date a proper value has not been done to  know it’s costs to the Nigerian taxpayers and the extent of the benefits  and in that 2005 coinage, I think it did not work at all because both  the goldsmith and the blacksmith converted the coins to molding bangles,  earrings and so on etc.”So,  we believe that the coinage works very well where there is  infrastructure to take it like a half, probably like a parking where you  go and put it etc. We have not developed that real basic infrastructure  and those coins most of them are nowhere really to be found.

“So,  the CBN will have to prove that the policy is not a clear contradiction  or at variance with cashless society, which they are even yet to  justify and whether this is the popular economic way to go.”So,  we are asking and we are sending a letter to them to stop all further  actions on this until the senate of the federal Republic is properly  briefed”, he said.

This is a good move.