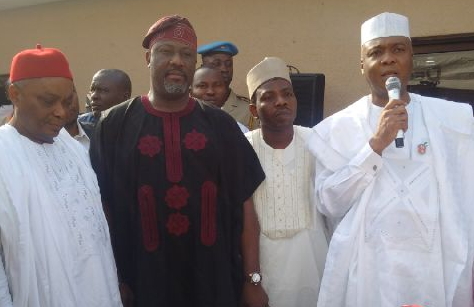 As Christians in Nigeria warm up to celebrate Christmas in the next two days, most National Assembly legislative aides, are lamenting what they described as the selfishness and stinginess of their principals, as they claimed that they (lawmakers) did not give them Christmas gifts.

Most of the aides, who spoke to New Telegraph on the condition of anonymity, observed that the present crop of National Assembly members were different from their predecessors, whom they said were more humane, liberal and generous to their aides.

According to the aggrieved legislative aides, the previous members of the National Assembly always appreciated their staff during Christmas and other festivities in the year.

They accused the senators and members of the House of Representatives of capitalizing on the economic recession in the country to deny their stewards some basic Privileges that previous lawmakers accorded to their staff during the end of year period.

One of them said, “many of them are now using the economic recession in the country as an escape route for them not to do the needful for their legislative aides.

But I can tell you that what is worrying them is greed, selfishness and stinginess. “Some of us are privy to the mind bugging amounts of money they make here on daily basis.

They collect money from MDAs when they go on oversight function and they do a lot of business with those who come here for screening or budget presentation or defence but they want you to only do the work while they eat the proceeds of the labour alone.

“This is why many of them, immediately they leave the National Assembly they turn to beggars. For this reason, I don’t envy them because their kind of wealth does not give them peace and it doesn’t last forever.”

Another aide, who was also offended by the treatment he received from his principal, who is a member of the House of Representatives, said, “my Oga prefers to spend his money on outsiders, especially women but as long as you are working with him, he will ask you if you are not paid your salary’ and why should expect him to give you money from his pocket.

“Imagine that he did not give any of us working with him in the office anything. Instead, he will be threatening you with sack all the time. Yet when some people come from outside he will send some of us to give them big amounts of money. I can just conclude that they hate their staff. “I have been working in this National Assembly since 2007.

Their predecessors were not like this; those ones knew that the salary was not enough; so, from time to time they give you money from their pockets to augment your earning. And Christmas season like this used to be very interesting.

They will give you a lot of gifts that will go a long way to solve your problems”. Meanwhile, some of the legislators who reacted to the feelings and allegations of their support staff, argued that giving them gifts at Christmas or any other time was not a right but a privilege, and therefore, should not be an issue.