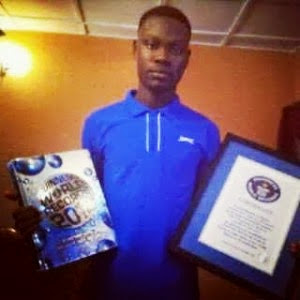 An insider identified as Pamilerin who witnessed the whole episode claims the OAU undergraduate pictured above engaged in non-stop intercourse with some campus girls for 15 Hours 7mins & 23 seconds.

Pamilerin also said the boy didn’t stop having intercourse with the girls until he was forced to stop.

He couldn’t reveal his detail because of the shame attached to it.

At the time of this report, the name of the student hasn’t been revealed.

Is this the kind of things going on in our higher institutions today?

For the records, this story is not yet confirmed.

For now, this is what we’ve heard so far from one OAU student who claims he witnessed it.

Update: Contrary to the story making round, there is nothing of such on Guinness World’s record’s official website.