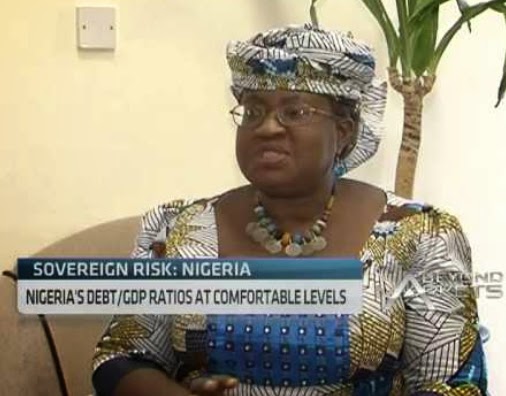 Nigeria’s rising debt profile was the major concern of the National Conference Committee on Public Finance as members sought to know the level of control the Debt Management Office (DMO) has on state governments as regards borrowing.

The Director General, Dr Abraham Nwankwo, insisted that borrowing and debt management are part of modern economy. He gave examples of countries like Germany and UK that have strong and frugal economy but still borrow. He was the first guest of the Committee.

In his presentation, he put the nation’s external debt at 9.16 billion dollars, with the states having approximately 2.8 billion dollars. According to him, States account for 18 per cent of domestic debts while the federal government accounts for 82 per cent.

The laws guiding borrowing, he said, stipulate that no state can borrow except with the expressed permission of the National Assembly; and any state that does not conform with the stipulation would be seen as committing an illegality.

Dr Nwankwo explained that it was the responsibility of SEC to ensure that the money borrowed from the capital market by the States is judiciously utilised.

He said in 2007, the DMO took a decision to help states establish debt management departments to reconstruct their debt profile, particularly domestic debt which he put at N8.7 trillion, excluding debts owed local contractors. Contractor’s debt is not included because it is a structured debt and usually provided for in the budget.

The Committee Chairman, Senator Adamu Aliero, expressed concern over the action of State governments who borrow money indiscriminately from foreign sources without due process. He sought explanation from the DMO why it was so.

The Director General’s response was that relevant agencies of government saddled with the responsibility of tackling states that violate the laws regarding debt management and borrowing should take appropriate action.

While Nigeria’s cumulative debt at N10.1 trillion, about 10 per cent of the nation’s GDP, Dr Nwankwo, insisted that the Nigeria has been consistent in servicing all its loans.

A member of the Committee, Col Bala Mande expressed worries over the tripling of the nation’s debt and wanted to know the relationships between the DMO and other relevant agencies like EFCC and ICPC

Another member, Chief Dipreye Alamieyeseigha wanted to know how effective the control mechanisms are regarding borrowing given that most States do not conform with laid down prescriptions.

Dr Nwankwo explained that the DMO works with State governments but has no relationship with either EFCC or ICPC, since the DMO was not a law enforcement agency

On the effectiveness of the mechanism to control State governments, he said the DMO could do anything once the State Assemblies okay such loans as stipulated by the law. He said the citizens have the responsibility of ensuring that state government use borrowed money judiciously.

He said deficit financing was inevitable for a developing nation like Nigeria and listed the major sources of Public Finance to include Federation Account, Value Added Tax and oil revenue which constitute about 76 per cent

He said the net federally collected revenue in 2013 was N6 trillion, while oil revenue accounted for 76 per cent of all net revenue accruing to federal government.

He stressed the need to tackle issues of waivers and exemptions, and said government was working towards reducing recurrent expenditure.